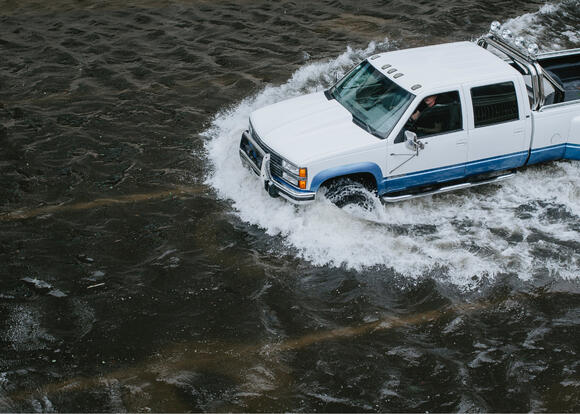 NEW ORLEANS, LA — The New Orleanians considered Katrina Hurricane to be the most severe natural disaster that occurred.

However, during New Orleans’ history in August 1812, a similar hurricane appeared to swamp over the land. Many residents were dead or missing, constructions and facilities are destroyed and tore down. The 1812 hurricane was remembered as the most devastating disaster in history.

This was described in French consul Louis Tousard’s letter from New Orleans with the following statement: “during the night a hurricane more horrible than any event, that even the oldest among us could remember, destroyed all the construction in the harbor; knocked down buildings; and took roofs from nearly all the houses in the city.”

The hurricane is later known as “The Great Hurricane of August 1812”, as it caused sweeping damage to the community.

The University of South Carolina geographer and climatologist Cary Mock is conducting focused research in studying the trach and intensity of the Great Hurricane of August 1812.

The research aims to collect data regarding barometric pressure, wind strengths, and wind direction of the hurricane through historical notes such as newspapers, ship logbooks, and ship accident reports from the New Orleans Notarial Archives.

The 200 years letters from French Consul Louis Tousard found in the holdings of The Historic New Orleans Collection also become one of the critical points of the research.

In 2010, Mock assessed the hurricane to be at least a Category 3. He also described the 1812 hurricane as “the worst-case scenario”. However, based on additional notes and data taken on Tousard’s account, which told a clear overflowing of Lake Pontchartrain and foreshadowed Katrina’s flooding, he now believes it was likely a Category 4.

Mock stated that the 1812 hurricane had a stronger wind field than Katrina, despite its smaller size.

Tousard’s 200-year-old letter highlighting the damage of the 1812 hurricane with the following endnotes: “And, do note, that without a word of exaggeration, I add that had this scourge endured just two hours longer, I assure you there would remain not a soul to tell the tale.”