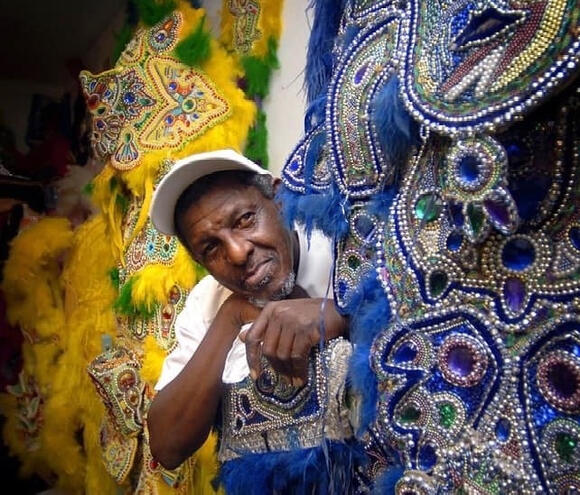 The collections in the museum continue to grow with donations of new objects that integrate unique influences while maintaining traditional styles.

The Backstreet Cultural Museum has some permanent exhibitions that can be enjoyed all year round, from displays on Mardi Gras Indians to social aid and pleasure clubs and jazz funerals, reveal a particular view on life. They wanted to portray the African-American history struggle against slavery and their fight toward freedom. The artisans who created the objects face hardship but know how to express the beauty of life in art form.

The Musem founder, Sylvester Francis, had been filming on the New Orleans’ African American parading culture since the 1970s. Since then, he had collected films and videotapes on over 500 jazz funerals. His collections also showed more than thirty years of New Orleans’ African-American Carnival celebrations, Mardi Gras Indian public performances, and the second-line parades of social aid and pleasure clubs. The film collection is available for the public to access.

The museum is also proud to host a wide collection of Mardi Gras Indian regalia, including suits of Big Chiefs, Queens, Flag Boys, Wild Men, and more. Up until now, the Mardi Gras Indians are one of New Orleans’ greatest cultural treasures, with tribes take on the street, bringing their history along with them. Each suit is decorated with beads, feathers, plumes, and stones — a result of a year’s worth of labor, time, money, and creativity. The Mardi Gras Indian tradition is rooted in the legacy of resistance.

The museum also showed costumes and objects related to the North Side Skull and Bone Gang, one of the oldest African-American processional traditions in New Orleans. The Skull and Bones gangs bless the Carnival by stirring the spirits, thus warding off sickness and injury and ensuring a safe celebration.

The exhibits contain costumes and artefacts related to the Baby Dolls tradition. The Baby Dolls is a New Orleans African-American Carnival custom that dates to the first half of the twentieth century, made up of women wearing fancy dresses parading through Tremé and other largely African-American neighborhoods.

Last, the museum also has a collection of jazz funerals in New Orleans with films and videos, photographs, obituary records, and memorabilia over the last thirty years. Jazz funerals are an important ritual that sustains the community and links them to their ancestors.

The jazz funeral started at the beginning of the twentieth century. Many jazz funeral processions are held each year, often to honor musicians or members of social aid and pleasure club.

Once the burial is over, it is to signify the time for mourning is over, then the band picks up the tempo, and there was singing and dancing, and that’s the celebration to send the loved one’s spirit to the afterlife.