Seniors from the Clay High School softball team had a special graduation ceremony dedicated to them Sunday evening because they missed their official graduation to play in the Regional Championship against the West Florida Jaguars. Clay High won the game, 1-0, in extra innings.

Four of the five girls skipped graduation to play in the Friday night game. However, all five got to be a part of the special graduation ceremony on the football field at Clay High. Head coach Matt Lewis wanted to hold a graduation ceremony for the girls because they missed their dream of walking at graduation with their classmates. 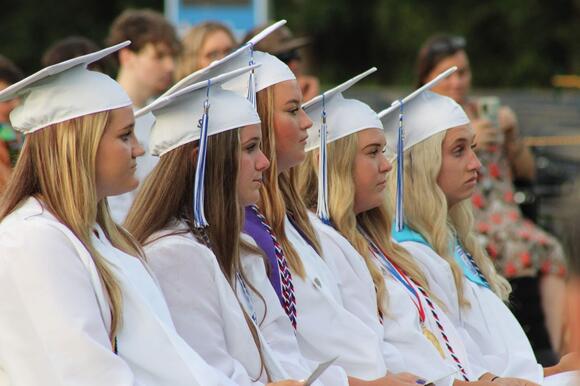 The ceremony was nearly identical to the one that occurred on Friday night. The seniors got to walk throughout the campus one more time as students of Clay High. They were then greeted by hundreds of people cheering for them as they walked onto the football field. The seniors received their diplomas from the Superintendent of Schools David Broskie. 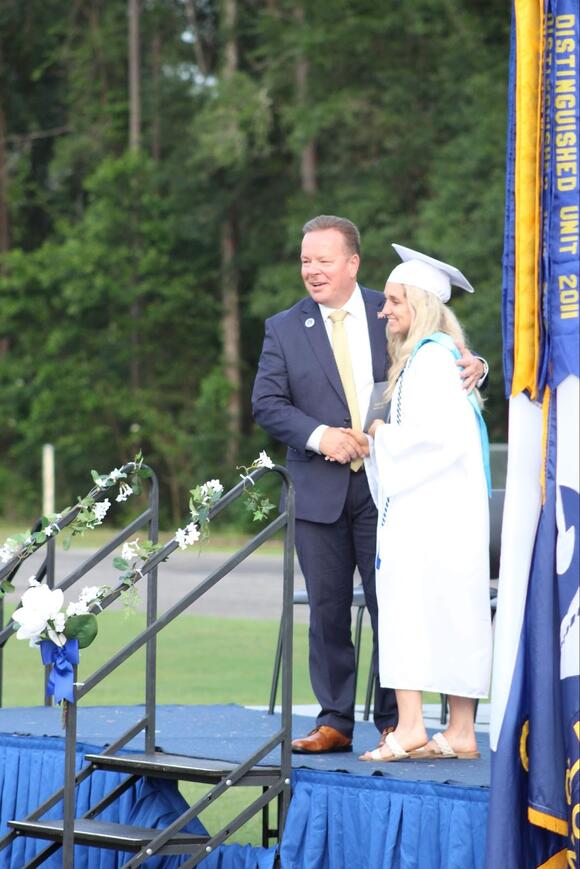 After they were officially announced as graduates of Clay High School, the girls did the traditional Clay High spiral. The spiral is a tradition that Clay High started years ago. After the students are recognized as graduates of Clay High, the students follow the class president to form a spiral of students as the class song plays over the speakers. The principal will then tell the class to throw their caps into the air. Even though the group was small Sunday night, it made it that much more special to the softball players. 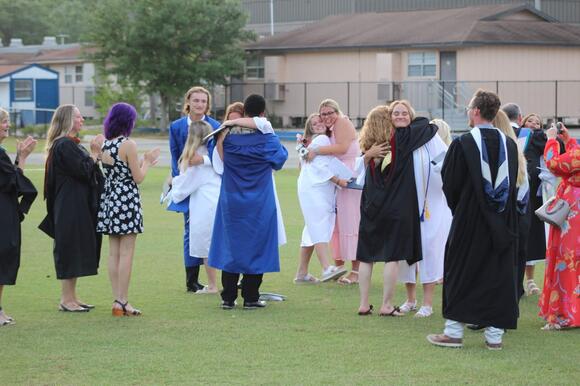 Even though the girls graduated, the season is not over yet. The softball team advances to the 4A FHSAA State Semifinal after defeating West Florida. The softball team will travel to Clermont, Florida to play at Legend’s Way Ballfield on Thursday.