The St. Johns Country Day Spartans season comes to an end after they lost the Regional Final at home Tuesday night to the North Florida Christian Eagles, 4-1.

St. Johns started the game off hot on offense and defense. UNF commit Finn Howell started on the mound for St. Johns and struck out the first six batters he faced. In the bottom of the second inning, St. Johns scored their only run of the game. Kyle Boylston walked and advanced to second after the pitcher balked. St. Johns catcher George Gilson hit a single into right field, scoring Boylston from second. 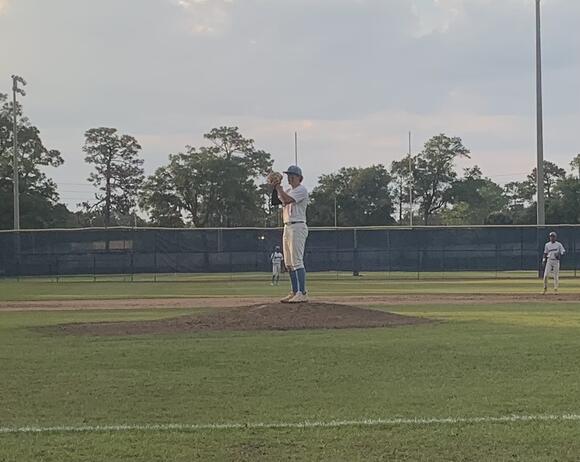 Finn Howell on the mound.Photo taken by Anthony Salazar

With emotions running high for the visiting team, North Florida answered back with three runs in the top of the third inning. North Florida got solid hits against the St. Johns defense.

Howell came back the next inning on defense and struck out all three batters he faced in the top of the fourth. Howell looked dominant on the mound for the rest of the game outside of a solo home run by Traylon Ray in the top of the fifth inning. Jacob Thomas came in relief for the seventh inning after Howell pitched six and a third innings. Thomas struck out the two batters he faced.

St. Johns tried to start a seventh-inning rally but failed to put another run on the scoreboard. Sophomore Garrett Workman held the explosive St. Johns offense during most of the game. He threw strikes with pinpoint accuracy and had good off-speed pitches that forced St. Johns to lunge in their swings, forcing easy pop-flies. Workman threw six and two-thirds innings and was relieved by Tucker Narkinsky to close out the game.

With St. Johns losing Tuesday night, high school baseball in Clay County for the 2021-2022 season is officially over. 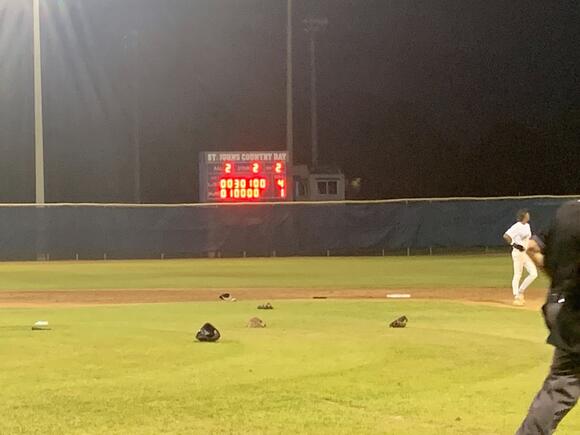