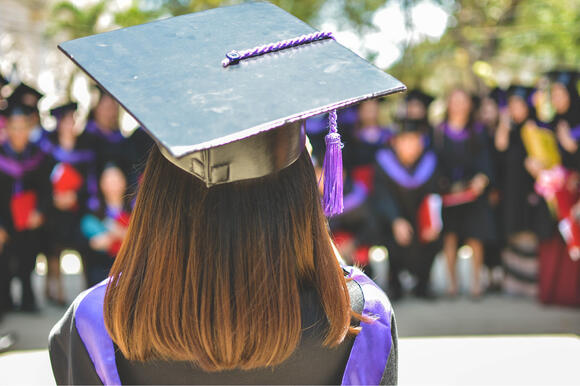 The CMSD graduates are among the first Say Yes success stories, which arrived in Cleveland in 2019. Say Yes awards scholarships to CMSD and partnering charter high school graduates using cash from a locally generated endowment.

Students must live in the District or the city of Cleveland and attend a CMSD or collaborating charter high school from ninth grade until graduation to be eligible.

Andino was the valedictorian of the 2019 graduating class at New Tech West High School. She took part in the High Tech Academy dual enrollment program in high school and graduated from Tri-C with an associate's degree.

In the early days of the pandemic, Andino spoke with the CMSD News Bureau about persisting when the CSU campus shuttered and students transitioned to online schooling. She also stated that her Say Yes scholarship enabled her to achieve success.

She remarked, "Say Yes is the reason I am able to attend college."

The scholarships cover the full cost of tuition, minus federal and state aid, at all public colleges, universities, and Pell-eligible training programs in Ohio and more than 100 private colleges and universities nationwide.

So far, Say Yes has given out $3 million in scholarships to 1,130 students. Say Yes winners have been accepted to 56 different colleges in the last year, including Harvard, Case Western Reserve University, Ohio State University, Duke and the Rochester Institute of Technology.

College Now Greater Cleveland pairs Say Yes students with a mentor who will assist them throughout their college careers. They also receive mentoring and other support through the Say Yes Scholars program at Cuyahoga Community College.

School-based Say Yes specialists coordinate support programs to assist families in keeping students of all ages on track to graduate from high school. Medical and mental health referrals, as well as legal and nutritional aid, are regularly made.

Another 26 schools will receive a family support specialist this school year, increasing the total to 68. By 2023, all of the District's and partner charter schools will have specialists.

Increased college enrollment, which the epidemic has harmed, and the relaunch and expansion of afterschool activities in all Say Yes schools are among its immediate aims.