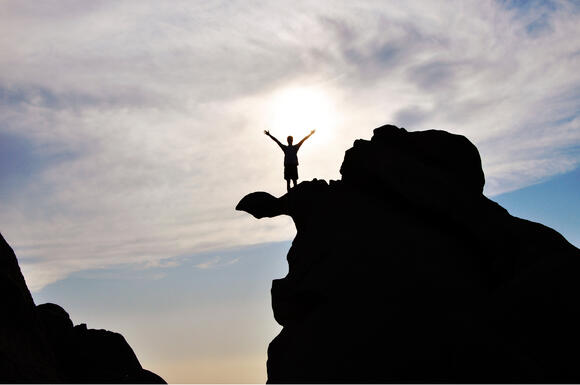 Nilina/Pexels
CLEVELAND — The Cleveland Cultural Garden welcomes the public on Saturday, June 19, from 11 a.m - 3 p.m., to join them in celebration of Juneteenth. The event will feature a student essay contest sponsored by the Cleveland Cavaliers, drill teams, drumming, the Grand March, a re-enactment of the 1865 Juneteenth event, and spoken word performances.

The holiday is celebrated every year to commemorate the day in 1865 where enslaved people in Texas, being the most distant region of the confederacy at the time, finally found out that slavery had been coming to an end.

Juneteenth, a mashup of "June 19", would later become a day of celebration for African-Americans in the Lone Star State. The commemoration spread to other states and became a holiday in 47 states such as Washington, California, New Hampshire, Alabama, New York, Florida and Ohio.

People celebrate it by gathering, having barbecues, and other creative ways to commemorate the historic day. For some, Juneteenth means a day off and a day of service.

There are several names for Juneteenth, such as Emancipation day, Freedom day, Jubilee Day, or Liberation Day. It is arguably as important to the nation as July 4, as the day is when slaves experience real independence.

Festivities will be held in the garden at 750 E 88th St. Anyone can participate for free. At the location, parking will be available on the west side of Martin Luther King Boulevard and East Boulevard. Look for signs for ADA accommodations. For other inquiries regarding the event, call 216-220-3075.

CLEVELAND, OH - The taste and smell of sweet candy can boost your mood and satisfy your sweet tooth needs. For you looking for the best candy shops, Cleveland has to offer, here we compile the most recommended candy shops in town.

Trumbull County, OH - Trumbull County, located halfway between Cleveland and Pittsburgh, provides sights and sounds that provide tourists with a multitude of interesting experiences. The county's wide array of attractions draws visitors, whether it's admiring the elegant lines of classic cars at the National Packard Museum, listening to the clip-clop of an Amish horse and buggy, or paying homage to the 25th President William McKinley at his birthplace.

Warren, OH - Warren has plenty of spots that you can visit, whether it's Dave Grohl Alley where the city pays respect to the Nirvana Drummer as well as Foo Fighter's frontman, Women's Park to acknowledge the influential women that made a difference in their communities, or Clubhouse Brewing Co to learn about the local beer scene and also to taste one of Warren's best.

KIRTLAND, OH - The Lakeland Community College is opening a Dental Hygiene program for members of the public who wish to get dental hygiene treatment starting August 30 through December 2.

Mentor, OH - Cleveland Construction, Inc. is looking for an Assistant Project Manager to join the team to oversee the coordination of commercial construction projects. This role will report directly to Project Managers.

Akron, OH – Lorna Wisham, Vice President of Corporate Affairs and Community Involvement, and President of FirstEnergy Foundation and FirstEnergy Corp will be presenting the keynote address at the Goodwill Industries serving Summit, Portage, Medina, Ashland, and Richland Counties' 20th Annual Employee of Distinction Award Program. This will take place on the 8th of September, 2021.

CycleNuts to host "Cycle To 7 Floors of Hell - A Premier Haunted House - SET in Cleveland, OH" on September 25

CLEVELAND, OH — CycleNuts will be hosting "Cycle To 7 Floors of Hell - A Premier Haunted House - SET in Cleveland, OH" on Saturday, September 25 from 5 p.m. to 10 p.m. EDT. This cycling tour is held to create bikeway touring opportunities for cyclists or cycling enthusiasts from various backgrounds to enjoy and have fun together.

EUCLID, OH — A Clevelander who enjoys the fun and passion in making films to entertain the general public, Johnny Wu, will be holding an event called "Wu Lin The Society Special VIP Screening" on Saturday, September 18. Located at Atlas Cinemas Lakeshore 7, 22624 Lake Shore Blvd, Euclid, OH 44123, the screening of this indie sci-fi feature film will start at 7 p.m. and close at 10 p.m. EDT.

Akron, OH – This year’s Business Analytics Innovation Summit will stress analytics in action as we are now a decade into the revolution of big data, business analytics, and an expanding application of Artificial Intelligence.

Ohio Library for the Blind and Physically Disabled

Cleveland, OH – Located at 17121 Lake Shore Blvd, Cleveland is the Ohio Library for the Blind and Physically Disabled (OLBPD) which is a part of the Cleveland Public Library. Incorporation with the State Library of Ohio Talking Book Program, OLBPD performs as the Regional Library for the National Library Service (NLS) for the Blind and Print Disabled of the Library of Congress. They conduct a free library of braille and audio materials distributed to qualified borrowers in the State of Ohio by mail postage-free.