Local pho restaurants you should try in Atlanta 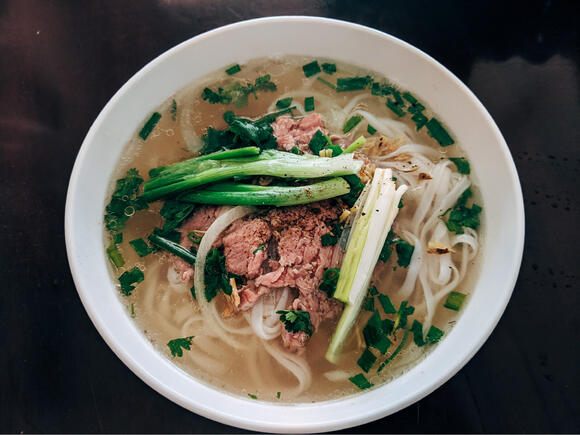 ATLANTA, GA - Vietnamese cuisine includes everything from hearty bowls of protein-rich noodle soups like pho and bn b hu (hot beef) to whole fish meals. However, Pho is probably the most known.

There are many good Vietnamese restaurants in Atlanta and the surrounding metro region. Here are a few ideas to get you started.

VN Pho
On the menu of VN Pho, they get right to the point, they offer the best pho and plenty of it. Small, medium and large bowls of pho are available to order. Even when you're starving, going large is a challenge. A kids meatball and flank pho combo with a drink are also available. The cháo lng (pork porridge) and cháo vt (duck porridge), as well as the h tiu nam vang, are all meals worth tasting (pork and seafood clear noodle soup).

Pho Dai Loi 2
There are many places to eat pho in Atlanta, but Pho Dai Loi 2 is always one of the best. There are numerous proteins to pick from on the menu, such as tripe, flank, beef tendon, chicken, and combinations. A regular bowl of pho is more than enough to fill you up. Also, don't forget to order a pot of tea.

Pho Ga Tony Tony
Tony Pho Ga Tony prepares chicken pho (pho ga) in two ways: a completely assembled bowl with chicken and noodles drowning in a fragrant broth or a bowl of broth and noodles with a whole or half chicken on the side. It also necessitates hand-pulling the chicken apart.

Each bowl has ramekins filled with citrus, salt, pepper, and a habanero pepper mixture to dip the chicken in before dipping it into the soup. The City Farmers Market Plaza in Duluth now has a second branch.