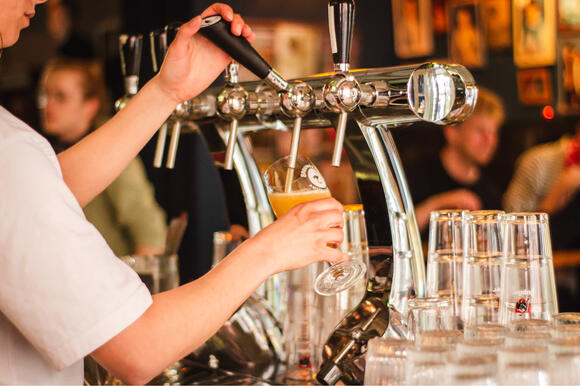 ATLANTA, GA - Dozen of brewers called Atlanta home of the brewery. Each adding their own distinct flavor to the city's beer scene. Going on a brewery tour makes you realize how much science and effort goes into brewing a beer, especially a craft beer.

The following are some of Atlanta's most popular brewery tours.

JEKYLL BREWING
Visit Jekyll Brewing Company in Alpharetta if you're living on the north side. While enjoying ‘Merican Amber with its caramel aromas and spicy aftertaste, the brewery fills a lively place and offers plenty of activities to play. A quick tip, come on Tuesday for a one-of-a-kind launch that won't be repeated. Tuesday through Saturday, the taproom is available.

MONDAY NIGHT BREWING
Monday Night Brewing, with its slogan "Weekends are Overrated," offers tours Monday, Tuesday, and Thursday between 5:30 to 7:30 p.m. And an exception on Saturdays from 1:00 to 4:00 p.m. The Fu Manbrew is a must-try, as is Eye Patch Ale for IPA fans.

ORPHEUS BREWING
You won't find a better setting than this, featuring views of Piedmont Park and the Atlanta BeltLine, Orpheus has a fantastic range of IPAs and sours. Every first Wednesday of the month, from 7:30 to 10:30 p.m., Orpheus has a comedy night. You are welcome to bring your dog to Orpheus. The tours run from Thursday to Sunday.

SWEETWATER BREWING COMPANY
This huge craft beer brewer opened a considerably larger facility for private gatherings a few years ago. Enjoy live music on the terrace when the weather cooperates, accompanied by the distinctive SweetWater 420. Wednesday through Sunday are the days for tours.

REFORMATION BREWERY
Reformation is tucked away in what looks to be an office park north of Atlanta in Woodstock. It's worth searching out since the brewery ages its beers for three weeks, resulting in a robust flavor profile. If it's available, order the Stark Porter with toasted coconut. Every Thursday, Friday, and Saturday, there are tours available.