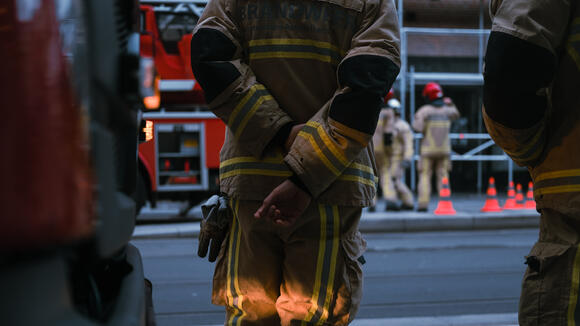 His sister, 14-year-old sister Takia Gillis, also received a Certificate of Appreciation. The award and certificate were given after their effort to act during a house fire on the 4th of July.

“Fire safety education serves as a priority for my command staff and that’s a big reason we wanted to honor, recognize and celebrate the actions of Calil and Takia,” said Fire Chief Roderick Jolivette.

The fire incident happened on Sunday morning on July 4 at 3860 Greenbrook Drive, Douglasville. When the Firefighters arrived at the location, the Gillis family home was already engulfed by 50% of burning flames.

“Though the structure was a total loss, lives were not and we are grateful to acknowledge that,” said Douglas County Firefighters.

Because the house was installed with working smoke alarms at that time, all the five members of the house quickly evacuated themselves before the fire get to them and even before the Firefighters arrived. None of the family members ages 6, 8, 9, 11, and 14 suffered any injury.

On-scene investigators stated that the 11-year-old Calil was the first person to know if there's a fire, he quickly told his sister, Takia, and they both hurriedly ushered the rest of the family to get out of the burning home.

Firefighters are using ladders during the operations, and the fire was finally extinguished around 9 a.m. The total damage loss of the house is estimated at $120,000, and as of right now, the investigators are still figuring out the cause.