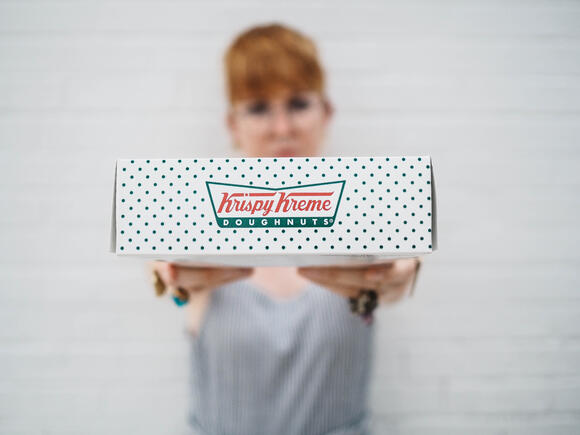 ATLANTA, GA - A second fire occurred few weeks ago in Wednesday afternoon at the now-closed Krispy Kreme on Ponce de Leon Avenue in Midtown, nearly six months after a fire blasted through the famous doughnut restaurant there.

Just after 4:30 p.m., Wednesday afternoon, Atlanta Fire and Rescue arrived on the site to discover flames shooting through the roof along the east side of the structure. The blaze was immediately extinguished. No one was located inside the structure, and there were no injuries recorded. The exact cause of the fire is yet unknown.

The shop's utilities were allegedly turned off after the February 10 fire, and the property has been walled off since then. According to Stafford, it appears that the building's renovations have yet to start.

The first fire happened on February 10 at 12:30 a.m. Flames flared out at the drive-thru window, which was opened at the moment, in the back of the building. Two staff who were working that evening were unharmed. The fire destroyed the Krispy Kreme, destroying the back of the building and burning the front of the doughnut shop's ordering counter.

The cause of the February fire was subsequently determined to be arson. Surveillance photographs taken at the time of the fire from the shop on the night of the blaze reveal a figure of interest dressed entirely in black. In this case, no arrests have been made.

As part of a 2016 franchise arrangement with the North Carolina-based doughnut brand, O'Neal bought the iconic Krispy Kreme on Ponce. The drive-thru window at this facility, which opened in 1965, was open 24 hours a day, seven days a week. It was the only kosher-certified Krispy Kreme in the city of Atlanta. His partners and he have vowed to restore it.

Vegetarians must try these restaurants in Atlanta

ATLANTA, GA - If you've been a vegetarian or vegan for a long time or are new to the lifestyle, Atlanta has a variety of vegetarian and vegan restaurants to choose from. This collection of vegan and vegetarian restaurants in Atlanta contains everything including Chinese and Indian cuisine to raw food restaurants and even a vegan pizzeria.

Guitar classes that you can take if you're in Atlanta

ATLANTA, GA - If you're interested in playing guitar but you're not the type to learn on your own, you don't have to worry. Here, in and around the area of Atlanta, you can find several guitar classes that can teach you whether you're a beginner or an advanced learner.

ATLANTA, GA - Sweets shouldn't just be reserved for special occasions. When that sweet craving hits, there are lots of candy and chocolate businesses throughout Atlanta that serve confections all year.

Atlanta's recommended wedding organizers for the preparation of your special day

ATLANTA, GA - Having a wedding is probably one of the things that are listed on your wish list. However, planning is not simple because you need to prepare for every detail. Fortunately, in Atlanta, you can find several trusted wedding organizers that are ready to make your dream wedding come true. Here are some of them.

Five event organizers that you must check out in Atlanta

ATLANTA, GA - If you want to create event planning for business gatherings, exhibits, and conferences without having to worry about every detail on your own, you can get a consultation with the event organizer experts from Atlanta.

Three ideas to spend your weekend around Norcross

NORCROSS, GA — If you live in or near Norcross and are looking for things to do with friends or family this weekend, consider coming to or booking these places/services. They offer many activities for you, including playing games and creating some artwork.

Three things to do around Suwanee

SUWANEE, GA — For those looking for something fun to do this weekend, consider coming to one of these places. Since each of them has a different specialty, you may want to try all of them.

JONESBORO, GA — Want to eat good food near Jonesboro? You better check out these three recommended restaurants in town. Each restaurant has its own cuisine, American, Mexican, and Thailand.