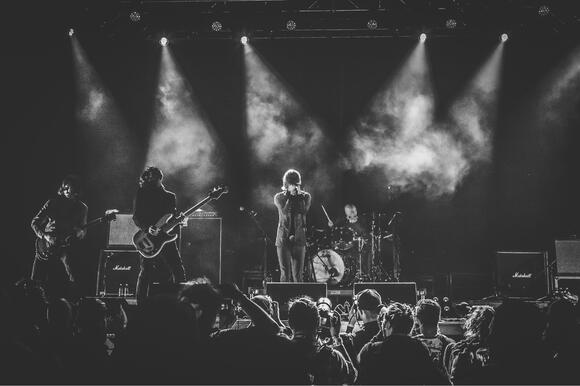 ATLANTA, GA - DECARLO announces their upcoming show in Georgia that will be filled with music, foods, drinks, and all-night party.

For those who want to attend this show, you can purchase the ticket for $24.50 per person and please attend before the show starts.

DECARLO comes from Charlotte, North Carolina. They are a Frontiers Music Srl recording artist created in 2018, which is led by Tommy DeCarlo, who has been the iconic rock band member of Boston since 2007.

In 2012, he co-founded the band with his son, guitarist Tommy DeCarlo Jr., or Tommy Jr., who is the band's true backbone. They have a keen sense of what would work musically and in terms of production on stage, as well as leading the charge in their shows.

The band's debut album, 'Lightning Strikes Twice,' was published in January 24, 2020, securing them a spot in the popular BILLBOARD MAGAZINE as Grammy contenders for 2021. Shortly after the release, their chart-topping smash 'You Are The Fire' went viral on streaming platforms all over the world.

DECARLO made their international debut on April 29th, 2019 in Milan, Italy at the Frontiers Rock Festival, after touring heavily in the United States and abroad.

If you have any question regarding the band or the show, you can send it to this email address.

And for registering yourself and getting the ticket, you can visit this page.

You can also stay updated with their activities through their Facebook page here.