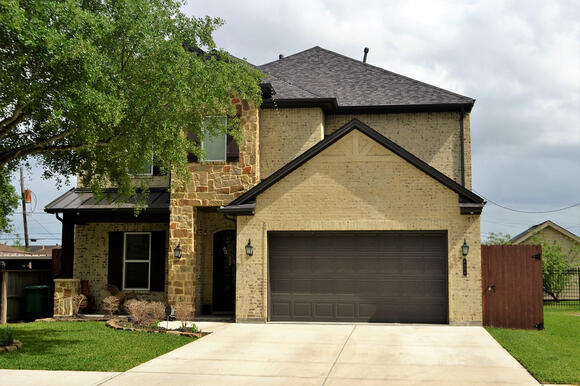 Photo by ArtisticOperations on Pixabay

Someone trespassed into a neighbor’s garage at Starwood. Did they take anything? What did the police do? Anything caught on camera?

It’s very worrying to have such a thing happen in Frisco. A stranger lurking in your garage is a nightmare in action and for sure none of us would ever want that to happen.

Unfortunately, someone did get in a neighbor’s garage at Starwood. They posted about it to let everyone know they need to be on their guard and close all doors carefully.

As they explain, “We apparently left the door open as it was open in the morning. We had the police over today to look at the video. It does not appear that they took anything.

Car doors were open. I really think the 4 cameras we had in and around the garage spooked him and he took off after 20 seconds in the garage.”

What did other neighbors say? Are they scared of the high risk for trespass and potential robbery?

Everyone was understandably worried and alarmed. You wouldn’t ever expect this in a quiet town, with a low crime rate. However, the fact that the door was open could have acted like a red signal.

The good thing is that there were no damages. The cameras made the person leave fast and after a few seconds they were gone. However, even for a short time, the damage risk was there, and unpleasant things could have happened.

This is what the other residents had to say about what happened:

“He certainly walked in a way to avoid your camera and the lighting. Thanks for sharing this important reminder to be alert.”

“This is creepy because the intruder continued getting inside the driveway by the side very cautious knowing that he/she can be seeing by the camera. Does anything happened in the neighborhood? And how he/she got into the neighborhood?”

“Thanks for sharing. Crazy”

What do you think? Do you want to put extra security in place after finding out about this? Did you hear about things like that in your neighborhood? How likely are you to move if it happens close to your home?

A group of teenagers came together to build a special shelter for a boy who needed to use a wheelchair after they found out he was getting wet while waiting for the bus to come.

Mom of 9 makes family meals for $2.60 a person each day: "All the kids help make meals"

A mom of nine revealed how she manages to feed her family on a tight budget. The woman makes meals for each family member for just $2.60 a day, and she doesn't sacrifice flavor or essential vitamins in the process.

Husband honors wife of 71 years with a dedicated page: "We have lots of kisses, every day, hugs and kisses"

Geoffrey Walker, 91, is just as much in love with his wife as the day when they got married more than seven decades ago. The couple who lives in Leicestershire, England, is still living a unique love story, marked by devotion, commitment, and the will to never give up on each other.

Horse reassures woman going through divorce: "I was hiding from my emotions, and Shiner felt that"

Animals can get so close to their owners that they know how they feel and can resonate with them when they're sad, feeling lonely, upset, or grieving. That's what happened when a horse's owner was dealing with a divorce.

Mom adds 1970s style to her home, pays less than $25 for each piece: "The opposite of white and grey homes everyone has"

A mom of three who lives in Chicago managed to change her house style while working with a tight budget. She avoided overspending and got every vintage piece for a low price, and the effects are amazing. As soon as you come into her home, you get transported to 1970, with a rush of color and creative decor.

Couple builds house in the mountains after 3 years in a van: "Never too late to live outside the box"

Photo credit: TrentAllie/ YouTube video screenshot. Trent, 35, and Allie, 31, decided to take a short trip in their van, but that soon converted into three exciting years on the road. Their van life took them to 16 countries, and they made unique memories as they fell in love with a minimalist way of life.