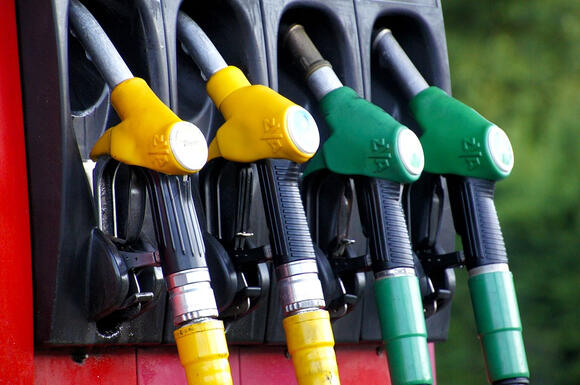 Photo by IADE-Michoko on Pixabay

A resident living at the Villages of White Rock Creek is raising a serious alert for all Plano drivers. At the Sam’s club gas station on Ohio and McDermott Rd the credit card machine is charging more than double the amount of your actual gas price!

Even though the receipt will show the correct amount, your credit card will be charged more than double, according to the resident. In their case “I put gas for $ 41.2, I always keep receipt, and after 5 minutes my card company (according to my alerts) texted me that Sam’s gas station charge $ 100.00.”

The next stop for the resident was the Customer Service desk. There they found out “it’s happened to many customers and money will come back to your account”.

Be alert on how much you pay, and have your receipt with you. Staying cautious is your best choice.

What do other neighbors think? Did it happen to them, too?

Unfortunately, yes. This is their take on the situation:

One of the neighbors thinks this might be simply a credit hold: “It happens to me all the time. The charge gets reversed and the actual charge is what shows up to be paid on the monthly statement. I was shocked at first but then realized what they were doing”

This is seconded by another resident who says “I have seen it happened not only Sam’s but other Statius so well. Only statement shows exactly charges.”

Whereas the hold procedure is known to several people, some of them thought that it had been stopped.

One of them advises everyone not to get stressed about it: “They do the same thing when you rent a car. Don’t panic. Unless the hold will cause other transactions to bounce. In that case, pay cash, and you’re golden.”

Shedding more light on the issue a comment points out it’s not the actual gas station doing it: “They do that at a lot of gas stations to ensure u can pay. If u have less than 100 u have to go inside and pay and tell them exact amount u will put on ur card. I've also been shocked by this and I've been told it's not the gas stations it's actually who ever is ur card holder.”

There is also a resident who didn’t have that happen before. However, it could be because the transaction was pending and the hold dropped off.

One of the residents explained the situation for everyone: “It is simply a "hold" to authorize your card because when you put your card in at first, it doesn't know how much gas you're getting yet. It could be $10 or $100. The system needs to make sure you have a fair amount of money authorized because if you only had $10 available on your card but you spent $50 after the fact, they would lose money. Once your transaction is finalized, the actual amount is debited and the rest is released. It may take a couple of business days but it usually quick. The authorization does not post on your account, it is a temporary hold.“

Apparently this also happens at Kroger: “Normal stuff, it happens to one person not another. It happened to me one time at Kroger (Parker & Tollway) and I have been buying gas there for close to 20 years. I thought my account was hacked! It was fine...but that should never happen”

How to avoid the issue completely?

Possible ways to go round the problem have been suggested.

According to one of the neighbors in the area “Only a debit card with a pin will charge exact amount. Credit Cards put a hold up to $125.00 and then it will off in 2 to 3 days and the actual charge will show up. Standard procedure.”

For extra security you can choose to pay in cash and not have to worry about any amounts put on hold.

Another resident suggests this to forestall fraud: “It is best to go to gas stations where you can pay inside instead of at the pump. Paying inside does not place a hold on your card and you will only be charged what you use. Even if you tell them a higher amount to prepay. Paying inside also stops thieves from stealing your credit/debit card information.”

Did this happen to you? Is it the usual thing or the first time you hear about it? Do you accept the hold or switch to cash instead?

Online community raises $8,000 in a few hours to save cat’s life

Almost 200 online users came together to help a Florida woman save her pet’s life. The cat had been diagnosed with a life-threatening condition, but the community pitched in very fast so Ashton would be safe and healthy again.

Florida man organizes fishing trips for fatherless kids: "Show them somebody loves them"

A Florida man has started a kindness initiative for helping kids without father figures to look up to. He now takes several kids on fun fishing trips. His nonprofit organization called Take a Kid Fishing Inc. is certainly spreading kindness and adding positive energy while changing one life at a time.

Two New Mexico football teams with high school players ended up celebrating together when a player with Down Syndrome scored his first touchdown. As their coach put it, the team’s reaction showed how great sportsmanship could be, and the video footage captured the unique moments when the opposing teams bonded over the success.

Deer jumps over fence, joins the fun on football game

A group of kids was out playing football when they suddenly realized someone else wanted to join the fun. An antlered stag no less jumped over the fence and headed over to the pitch.

When Gladys Hankerson tried to reach her sister, who had her home in Maryland, she accidentally dialed the wrong number. And that mistake created a special connection, and it started a friendship that’s still going strong today.

Driver gives up his car to rescue another driver having a seizure: “I had to do something”

A brave motorist didn’t hesitate to sacrifice his own car to save another driver who was having a seizure. The incident took place on a highway in the Netherlands. Henry Temmermans, who lives in Nunspeet, was in his car, driving on the A28 highway, close to Harderwijk. It was Friday afternoon, and he was getting ready for a relaxing weekend when he suddenly spotted another car, according to Sunnyskyz.

A woman who stated she was wrongly taken into custody for shoplifting at a Walmart and then received threats once her case was dismissed has just got $2.1 million in damages. The ruling in favor of Lesleigh Nurse of Semmes was passed on Monday by a Mobile County jury.

The cosmetics retail company has decided to log off social media due to the impact it has on teen mental health. With over 900 stores worldwide and 10 million followers, Lush is stepping away from social media platforms in a move meant to show that care for its customers is the main consideration that goes into the business.

The players on the football team at the California School for the Deaf have gone above and beyond all expectations. They have achieved an undefeated season!. For the first time ever in the history of the school, the Varsity football team won in the divisional championship game. The players were very motivated and energetic and went 11-0 on this fantastic season.

After the Wichita State University men’s basketball won against Tarleton State 65-51, one of the players in the winning team felt that he needed to do something extra after the fantastic game.