Rats at Preston Manor! Frisco Neighbors Pitch In. Did it Happen to You, Too? 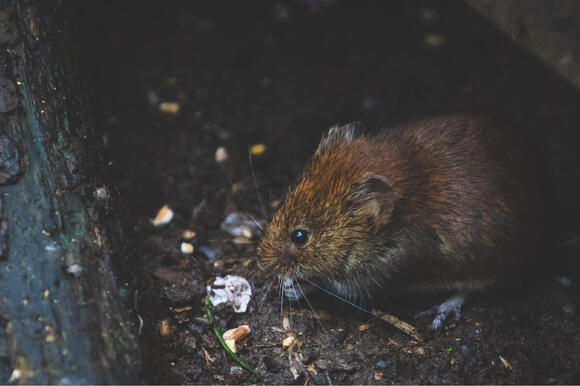 Photo by DSD on Pexels

A major issue has been going on at Preston Manor in Frisco! A resident living in a rental property is dealing with rats in the garage and inside the house. They also have an infant, so the situation is getting risky. Can you recommend a solution? See what other neighbors had to say.

Whether you’ve seen them once, accidentally in the park or when walking on a field at night, rats are hardly anyone’s favorite sight. Very many people are scared of them. And for good reason. They can carry diseases, and in specific situations will get aggressive and attack people. A Frisco resident living in the Preston Manor area is alerting everyone in the neighborhood about a major rat issue!

Their dog has found rats inside the garage and then inside the house. They’re getting worried since the family has an infant and the rats need to be kept out permanently. Being in a rental property would affect things too, plus they have never had to deal with something like this.

Several Frisco neighbors have pitched in to offer advice on how to get rid of the rats for good.

This is what they had to say:

1. One resident also had an emergency rat situation on their patio. Found plenty of droppings, tried traps and poison with no luck. Apparently, they managed to fix the problem with $2 Victor rat traps, plus using peanut butter as bait. One other useful thing they did was make some holes in the rat’s path and set up cameras to see clearly what was going on.

2. A Frisco neighbor suggests it’s essential to pick up any pet poo. That could attract the rats.

3. Pest control companies are also on the list of recommendations, probably a most reliable option, too. According to one resident, they can deal with anything that disturbs you, in their case it was rats in the roof. They set up traps, too, just in case. Luckily in the last 30 days they had no issues about rat activity around.

4. Even though they don’t like traps, other residents suggest using them as well, coupled with the irresistible peanut butter. Poison blocks are cautioned against, not because they wouldn’t get rid of rats, but because they are very dangerous for pets. For one neighbor, despite all precautions taken, one of their dogs got to eat one poison block and had to be rushed to the ER immediately. He was fine, but it was quite a scare. Every time you use rat poison you have to be very careful with pets. You might be too late when you realize something is wrong.

5. Another resident got rat traps plus glue boards. Caution is advised especially if there are little kids around the apartment or house.

6. In one unfortunate case rats were found in 2 vehicle engines, with a lot of droppings on the engine covers and underneath. For that neighbor refilling bait boxes every 2-3 months does the trick against rats.

7. Another relevant caution against using poison to be free of rats is that a dog might find the rat after it had the poison and eat it. You could lose your pet because of that!

8. Since the neighbor who posted the issue is living in a rental property, one of the practical tips is also to contact the landlord and ask for a pest control operation.

9. Another neighbor has spotted several huge rats around, but luckily never had them come inside their house or garage. In their opinion, for such a size the regular traps can’t possibly work, and the old-school spring-loaded traps would be the short-term solution. Pest control for long-term home safety.

10. At Preston Ridge there is also a rat issue going on. Over there, the neighbors were advised to cover all holes through which rats could get in via the roof. Also, cutting some tree limbs that hang over the roof would help reduce the severity of the issue. One important thing mentioned by the pest company that was contacted in that case is that once a rat discovers its access point to a house is no longer there it will move on.

Are you dealing with similar rat invasion issues in your neighborhood? What did you do to get rid of them? Is pest control the better solution or would you rather fix things yourself?

Iridescent rainbow captured after storm: "Sky that touched my heart"

A woman who lives in Florida recently witnessed a different kind of rainbow. It was right after a thunderstorm, and her view showed her one of the rare "rainbows on fire." While the unusual sight certainly made her pause, the iridescent effect was unique, so she decided to post the photo on social media and share the special view with everyone.

People can sift through pay dirt using a set of screens at Crater of Diamonds State Park in Arkansas. When immersed in water, the finer materials wash away, and coarser rocks caught in the metal mesh become visible. Sometimes, diamonds come to light.

Couple gets married 4 months after first date, stays together 62 years: "Faith in each other"

A couple from Florida in their eighties who met on a blind date has been together for over six decades. They got engaged two weeks after that date, and the wedding was four months later. Their love story started in their early 20s and has brought them through hard and happy times, always by each other's side no matter what happens.

A pair of friends who usually look for fossils uncovered a significant discovery that's been 180 million years in the making. The two men were searching the glacial till that makes up England's eastern coastal cliffs when they stumbled upon the unique find.

A connection between Arthur's Stone and the ruler of Camelot was proposed before the 13th century. As legend holds, the 5000-year-old tomb holds strong connections to King Arthur.

Woman welcomes 10 kids after miscarriages: "My highest meaning is being a mom"

A woman once believed she wouldn't get the chance to raise a big family as she'd always dreamed. Even though her dream of motherhood came with many trials, and there were times when she felt lost, she has since been blessed with ten kids.

Husband calls mom of 3 lazy because of nap schedule

A mother of three shared what happened to her on the Mumsnet forum "Am I Being Unreasonable" and revealed that her husband repeatedly told her she's being lazy due to the way she schedules naps.

While many people get busy following celebrities and looking to social media for likes and popularity, Gillian Larson has chosen to go on a different route. Instead of trying to get the best selfies in restaurants or clubs, the 30-year-old equestrian is keen on amazing views that keep her grounded.

A baby born at just 23 weeks and 4 days in the United Kingdom felt loved and protected by her mother's warm cuddles. Elsie Dutton weighed little more than a tin of baked beans, but the little girl managed to pull through after her mom, Amy, went into labor.

German and Kurdish archaeologists teamed up to explore the remains of a 3400-year-old city that has emerged from the depths of the Tigris River, located near Mosul in northern Iraq.

While waiting to welcome her second son, a mom who lives in Utah made sure all her family was ready, including her toddler son. However, when the time came, and labor became intense, her son's words calmed her and helped her pull through.

Vincent, the cat, makes people think of panthers: "The brave ones ask to stroke him"

When a couple goes out walking with their cat, they always get interesting reactions. Since their kitty is often called a "panther" because of his silky black fur and striking eyes, no one can pass by the cat and not stop for a while to admire him.

Dog left in shelter hides in a corner until she meets new owner: "She was confused and heartbroken"

A dog who was left in a county shelter was so scared and confused about losing her home that she didn't want to leave a corner. She kept looking everywhere in case the people she loved came back for her, but it didn't happen. And the German shepherd mix was getting lonely and stressed, not to mention feeling cold as time went by.

Teenager fishes safe with $1,800, returns it to owner: "Giving back is more rewarding than taking"

A teenage fisher using a magnet managed to pull out a safe with thousands of dollars inside from a river in England. The young man restored the safe to its owner, who had it stolen more than two decades ago.

A couple who lives in Oklahoma City had planned their elopement to Las Vegas, but they couldn't go through with their wedding plans due to flight delays. After an impromptu meeting with a minister at the airport, the couple ended up tying the knot 37,000 feet up in the air with the help of well-wishing passengers, flight crew, and the pilot.

A man who lives in New Jersey has spent the past seven years walking. And he didn't just stay on hiking trails; he walked around the world, saw wonderful places, was helped, and met many people on his way. Tom Turcich used up 45 pairs of sneakers while traversing 35 countries.

Construction has started for a new cat cafe located in Pearl Cty, Oahu. The place will offer a combination of pet wellness, animal help, and skills training for young adults with disabilities.

A couple who lives in Sydney, Australia, was having a good time celebrating their 20th wedding anniversary. They went out to a restaurant on Lord Howe Island, located in New South Wales.

Sharon usually saw her kids off to school every morning. She cooked breakfast and made sure they had everything they needed before they headed for the bus. However, as the summer months came and there was less to do, she was worried her kids would lose all incentive to wake up early and get things done.

Son on getting adopted by stepdad: "I just wanted to call him dad"

A little boy who lives in Cincinnati, Ohio, was adopted by his stepdad and knowing that he got his forever family meant everything to him. As soon as he learned it was all official, he burst into tears and felt happier than ever before.