Bunnies on a Rampage in Frisco: Advice and Helpful Tips From Neighbors 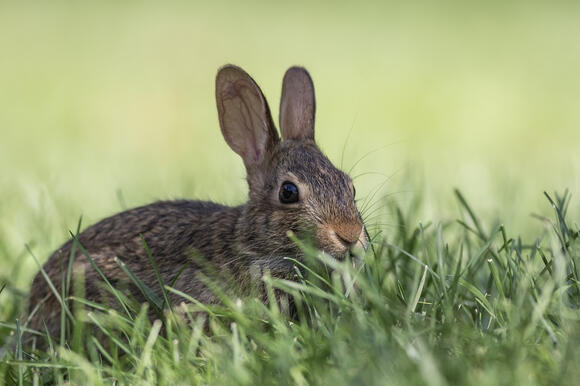 Photo by rusticpix_cheryl on Pixabay

Looks like bunnies are out in full force at Willow Bay in Frisco. One resident is decidedly in need of help to counter them. They’re eating everything! Not scared of any dog or cat. See what other residents advise on and remedies that work for gardens and plants. Fence tips included.

If you thought they’re just cute and cuddly, know that bunnies can also wreak havoc in some gardens, dig, and burrow. They’re still cute, nonetheless. However, remedies are needed if you see your yard slowly falling apart.

Frisco neighbors have rounded up and suggested several tips for dealing with this situation which many of them have already faced.

Here is how to bunny-deal

Don’t kill bunnies, try and find a solution so we can all have nice and neat gardens, but living alongside animals. They were here long before we came, and our homes were their homes first.

Student collapses during race, competitor lifts him to cross finish line together: “I’m not going to forget that”

Brandon Schutt, who is a senior at Bellevue East, has likely taken part in his final cross-country event for high school. He was competing with sophomore Blake Cerveny of Omaha Burke in a 3.1-mile race.

New Jersey teenagers get into holiday mood, grab rakes, help the elderly get rid of leaves

Instagram – iwanttomowyourlawn/ Good News Network. A school bus came filled with 7th and 8th graders from New Jersey who offered to help their senior neighbors. The good deeds that the 21 teenagers set out to achieve inspired the whole community.

First price raise at the dollar store in 30 years: Officially “breaking the buck”

The last of the big dollar-store chains selling products for $1 or less, Dollar Tree, had announced that it’s raising its prices. This brings on the end of the $1-and-under selling concept in US retail.

At least 5 workers at a Chipotle in Austin, Texas, gave up on their jobs at the end of a shift after working under “impossible” conditions. The group of five Chipotle employees who quit their jobs included a Chipotle general manager and a kitchen manager, according to Insider.

Christmas trees up by 30%, higher prices for real and artificial trees

Planning to get your Christmas tree in the following weeks? Be prepared to pay up to 30% more than you were used to. Supply chain difficulties and the pandemic have reportedly combined to make both real and artificial trees more expensive for this holiday season.

Restaurant owner rewards staff with trip to Puerto Rico: “An extra thank you during labor shortage”

The owner of a restaurant located in Saginaw, Michigan, has decided to take almost half of her staff on a trip to Puerto Rico. This is to show appreciation for the longest-serving workers while the labor shortage is affecting so many businesses.

Players on opposing team hug teenager who lost his mother: “Kisses to you in heaven. I love you"

A teenager from Argentina lost his mom just a few days before an important soccer game. After the match was done, the players on the opposing team gave him a surprise and tried to comfort him.

Cleveland fifth-grader sees guard in the rain, brings umbrella to help: “Kindhearted and a gentleman”

A fifth-grader who lives in Cleveland, Ohio, showed chivalry and kindness on one rainy day when he met a patrol guard on duty. The guard had to face wet, rainy weather, and the little boy decided to do his part to help her stay dry. So, he came with an umbrella to show his support.

Pies changed New York baker’s life, now she helps others: “Magical to see them walk to my little door”

Janie Deegan was homeless in her 20s, and she didn’t think she had any hope for a bright future. Once she decided to take the first step and to stay sober, a major difficulty showed up. She had trouble connecting to people. And that’s where baking came in.

Little girl saves mother when man tries to get purse: “I saw him running towards my mom”

A little girl was awarded by the police department after her heroic actions during an attempted robbery that took place in Florida. Instead of freezing when she saw the threat, she acted fast and saved her mother.