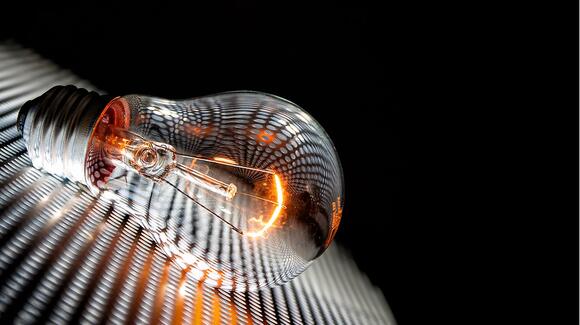 Photo by minka2507 on Pixabay

According to ERCOT, Texas came extremely close to a statewide blackout that would have lasted for weeks.

After the emergency board meeting that took place Wednesday, ERCOT officials unveiled critical information. The series of events that led to the statewide power outages were discussed, analyzing the causes of the devastating week that’s behind us.

Millions of Texans were in the dark for 70+ hours, 356 generators knocked offline

The level of damages almost doubled the harm caused by the last winter storm that happened in Texas in 2011, when only 193 generators stopped working.

13 units contracted for a blackout event, 6 of them affected by outages

Even though these units were supposed to be the line of defense in case power outages escalated, they were also affected by the blackouts.

Did ERCOT prepare for the storm?

ERCOT shared some of the steps it took to get ready for the historic winter storm such as:

Within seconds of disaster

ERCOT has previously shed 2,000 megawatts from the Texas power system, with the target to reduce stress on the system and buy time until more electricity became available. Just after the fall below 59.4 hertz another 3,000 megawatts were ordered to be shed. This only primed the system for a few seconds and then it dipped dangerously down to 59,302 hertz.

At 1:55 a.m., with only 4 minutes and 37 seconds left until all of Texas would be under blackout, ERCOT shed another 3,500 megawatts from the system.

The system finally pushed back at 1:57 a.m. and went up to 59.7 hertz. It was still an emergency situation, but Texas was no longer threatened with imminent collapse.

2 a.m. - the time Texas bounced out of catastrophe

At 2 a.m. ERCOT ordered a new load shed of 2,000 megawatts and the system got back to 60.1 hertz, saving Texas from imminent statewide outage.

What was the price?

While we were rescued from a total blackout, millions of people were left without power at below freezing temperatures. It has been a trying time, with the steps behind what’s happened as dramatic as the shortages we’ve all lived through.

Tread gently when your partner is upset

When you see your partner is upset, your first impulse might be to cheer them up or find ways to help them feel better. Unfortunately, things can get complicated once they start denying anything is wrong and refuse all communication. You can’t force them to open up about it. You will have to wait until they’re ready.

Nevada cities to steer clear of

Once you set foot in the risky areas of Nevada, you’ll need more than luck to keep you safe. A miracle is what’s called for. It’s about rampant violence and property crimes. The Silver State has its share of dodgy places, so if you’re planning to visit soon take into account which places you need to steer clear of.

5 cities to stay away from in Georgia

While Georgia is widely known as the finest state in the south, friendly people, beautiful sights, and amazing food can be overshadowed by crime if you happen to visit one of its unsafe cities.

Avoid these 4 unsafe places in Seattle

Seattle’s rainy reputation is only preceded by its crime rate. While the Emerald City may be a haven for nature lovers and foodies, it pays to be watchful and avoid unsafe places where you risk losing money, valuable items, or even get attacked.

5 unsafe places to avoid in Houston

Houston has plenty of attractions to get you excited, not to mention the city vibes and the great food, but it all comes tempered by crimes. If you’re planning to move here or just to visit it’s essential to be aware of the sketchy areas so you don’t end up losing your valuables or even your life.

A group of cavers exploring Dewey Hickman Nature Preserve in Harrison County, Indiana, saved a dog who spent about two weeks trapped inside one of the caves. The cavers stopped when they suddenly spotted movement in a pit. When they looked down their eyes met a thin black-and-white dog looking straight at them from the bottom of the 30-foot drop.

Do you feel ready to call Queens home? If you're thinking about moving to New York City's largest borough you do need to check out a few things first to make sure that you have the right expectations and are ready to start a successful living here.

Lies can tear you apart, push back with love

You know how it feels when you talk to someone, and your gut feeling is telling you that what you hear is not the truth or at least not the whole truth? When that comes from your partner, things can get complicated. Knowing how to react to this type of behavior lessens feelings of hurt, emotional distress and will help you find your path and take decisions based on the arguments that matter to you.

How would your loved ones take it if you started treating them the way you treat yourself? Would they be pleased or get angry and sad? If you’re pondering how much of yourself you give away, know that there are some things you should always reserve for yourself. No matter how old you are if, or if you’re single, married, or engaged.

If you often realize you’ve been talking to yourself for a few minutes, you’re not alone. Talking to yourself out loud is a common habit with plenty of benefits. It’s a kind of self-talk with positive effects such as increased motivation, added energy, calm reasoning, and effective planning.

Step away from uncertainty, let aspirations reshape your life

Sometimes people have a clear idea of what they want to achieve. They let dreams and goals guide them and pursue many paths until they find happiness. But some people are not sure what they want.

Roads to avoid in New Mexico

Whether you’re headed for the hot air balloon festival or going to visit the oldest dwellings in North America, New Mexico always offers you plenty of reasons to drop by. Several million visitors are amazed by its unique cultural heritage every year.

Roads to watch out for in Alaska

Driving to any place can get risky sometimes, but some Alaska roads warrant added caution. While the state is home to amazing natural beauty, getting to it is not always the easiest thing. By learning which roads are dangerous, you will avoid stress, injuries, and significant delays.

Drivers who often use them think they’re scary, congested, and very confusing. In fact, most motorists would go out of their way to avoid them, even if that means a slight delay. Slowing down and avoiding a disparity with the fastest drivers is key to preventing serious accidents.

People in Wisconsin are some of the kindest you will ever meet, but there are things they won’t stand for on a first date. You’re lucky to go out with someone raised in the “Midwest nice” culture, so watch your words, and you might just live the love story you’ve always dreamed of.

So, you’ve made Philadelphia your home and you want to blend in? Locals will certainly be glad to have you, but don’t expect them not to know instantly that you’re still a rookie Philadelphian.

Charlotte food adventures: What to eat before you die

Life is all about flavors, and when you have so many unforgettable tasty options like Charlotte offers, it’s easy to get it all mixed up. From old-school recipes to elegant eats and street food, you can enjoy every dish to your heart’s content.

People from Colorado have never been scared of thinking outside the box. This was the first state to make a license plate and also the only one that turned down an offer to host the Olympics.

Las Vegas is on many people’s bucket lists for an amazing experience of urban lifestyle. Unfortunately, entertainment and fun come packed with crime-ridden neighborhoods. It’s essential to know which areas to avoid so you can explore the attractions without becoming the next target for thieves and gangs.

The Wolverine State has a wide array of natural and urban attractions, coupled with awesome cars and guiding you back to the simple pleasures in life. Unfortunately, disturbing crime numbers are very high for some cities, so it’s essential to know where it’s ok to explore and where you should tread carefully.