Fire Breaks Out in Frisco! Resident with Burn and Respiratory Injuries 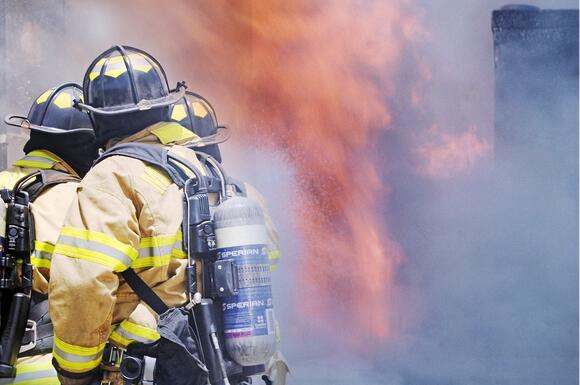 Photo by ciobanucatalina on Pixabay

An overnight apartment fire started on Wednesday morning, at 1:12 A.M, February 17. A Frisco resident was rescued by the firefighters, but remains hospitalized.

According to the Frisco City Hall, the fire broke out at Circa Frisco Apartments, on the 9000 block of Gaylord Pkwy. Unfortunately, the fire spread to multiple apartment units. The affected building housed 260 apartments.

Frisco firefighters responded to the emergency call and began rescue efforts as soon as they arrived on the scene. They soon had to call for additional resources to keep the situation under control.

They were assisted by firefighters from Allen, Plano, McKinney, and Prosper. Also, Little Elm and The Colony departments responded to increased local calls to assist with the rescue efforts.

During the overnight fire one Frisco resident was rescued by firefighters. After being treated on the scene the resident was transported to Medical City Plano. The resident remains in hospital due to respiratory and burn injuries.

During the rescue effort 2 firefighters suffered minor injuries. Initially, they were transported to hospital as a precautionary measure, but have since been released.

There is an ongoing investigation to determine the cause of the fire. It is still to be determined how many Frisco residents have been displaced.

Driver gives up his car to rescue another driver having a seizure: “I had to do something”

A brave motorist didn’t hesitate to sacrifice his own car to save another driver who was having a seizure. The incident took place on a highway in the Netherlands. Henry Temmermans, who lives in Nunspeet, was in his car, driving on the A28 highway, close to Harderwijk. It was Friday afternoon, and he was getting ready for a relaxing weekend when he suddenly spotted another car, according to Sunnyskyz.

A woman who stated she was wrongly taken into custody for shoplifting at a Walmart and then received threats once her case was dismissed has just got $2.1 million in damages. The ruling in favor of Lesleigh Nurse of Semmes was passed on Monday by a Mobile County jury.

The cosmetics retail company has decided to log off social media due to the impact it has on teen mental health. With over 900 stores worldwide and 10 million followers, Lush is stepping away from social media platforms in a move meant to show that care for its customers is the main consideration that goes into the business.

The players on the football team at the California School for the Deaf have gone above and beyond all expectations. They have achieved an undefeated season!. For the first time ever in the history of the school, the Varsity football team won in the divisional championship game. The players were very motivated and energetic and went 11-0 on this fantastic season.

After the Wichita State University men’s basketball won against Tarleton State 65-51, one of the players in the winning team felt that he needed to do something extra after the fantastic game.

Student collapses during race, competitor lifts him to cross finish line together: “I’m not going to forget that”

Brandon Schutt, who is a senior at Bellevue East, has likely taken part in his final cross-country event for high school. He was competing with sophomore Blake Cerveny of Omaha Burke in a 3.1-mile race.

New Jersey teenagers get into holiday mood, grab rakes, help the elderly get rid of leaves

Instagram – iwanttomowyourlawn/ Good News Network. A school bus came filled with 7th and 8th graders from New Jersey who offered to help their senior neighbors. The good deeds that the 21 teenagers set out to achieve inspired the whole community.

First price raise at the dollar store in 30 years: Officially “breaking the buck”

The last of the big dollar-store chains selling products for $1 or less, Dollar Tree, had announced that it’s raising its prices. This brings on the end of the $1-and-under selling concept in US retail.

At least 5 workers at a Chipotle in Austin, Texas, gave up on their jobs at the end of a shift after working under “impossible” conditions. The group of five Chipotle employees who quit their jobs included a Chipotle general manager and a kitchen manager, according to Insider.

Christmas trees up by 30%, higher prices for real and artificial trees

Planning to get your Christmas tree in the following weeks? Be prepared to pay up to 30% more than you were used to. Supply chain difficulties and the pandemic have reportedly combined to make both real and artificial trees more expensive for this holiday season.