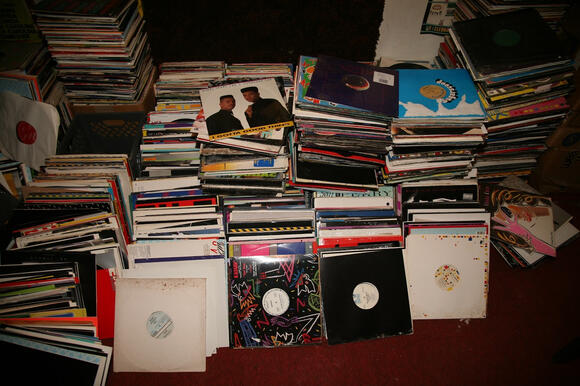 Wilson, an assistant professor of hip hop studies and digital media in the Ivan Allen College of Liberal Arts’ School of Literature, Media, and Communication wrote an essay on Atlanta’s role in the rise of hip hop. The website also featured her HipHop2020 Innovation archive.

“This is an exciting opportunity to showcase the rich history of hip hop in the city of Atlanta and how culture works as an art and a technology. It’s also a wonderful way to highlight how my colleagues and I in Georgia Tech’s School of Literature, Media, and Communications are using culture as a lens to teach humanities-infused science, technology, engineering, art, and math,” said Wilson.

She uses hip hop and pop culture in her computational media and humanities classes at Georgia Tech when teaching. She was also among the first to use this technique when she taught in Los Angeles public schools.

In her essay, Wilson wrote about the rise of hip hop in Atlanta and how the city and hip hop genre have influenced each other.

“Atlanta, as a metaphor for opportunity, has come to represent Black excellence — a dynamic of realized racial and economic progress that other populations, minorities, and corporations have benefited from. Pairing Atlanta’ with hip hop complicates this dynamic because hip hop culture is no longer a part of the popular mainstream. It is the mainstream,” her essay reads.

Wilson and her Four Four Beats Lab curated the HipHop2020 Innovation Archive. It features two stories on the site, showcases a collection of albums, posters, flyers, autographs, and other memorabilia collected by Michael Webster, an early hip hop DJ in Atlanta in the early 80’s and 90s.

The first story features details on the Michael Webster Collection, while the other photo story tells how Wilson and Four Four Beats Lab collected the archive.

“We are thrilled to showcase Atlanta’s rich culture and historic art scene for everyone to explore and enjoy online at Google Arts & Culture. From the city’s historic museums to global cuisine and innovative spirit, Atlanta is unique and joyful,” said Hetal Joshi Gordon, director, global client lead, and site lead for Google’s Atlanta Office.