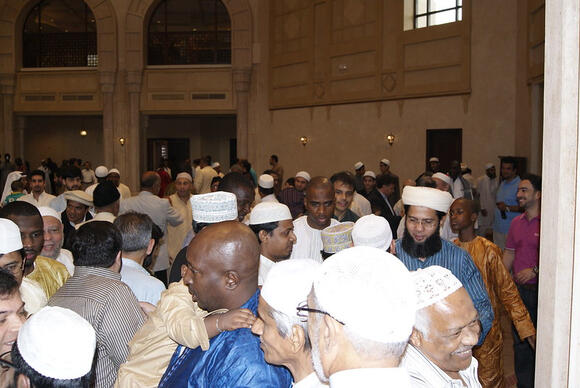 ATLANTA — Assalamualaikum! Peace be upon you, brothers and sisters. There are many places you can explore or visit in Atlanta. If you are a Muslim who would like to visit a mosque, either to offer prayers or to learn more about its history, we might have just the place for you.

The mosque then decided to expand its services in 1990 by building an academic religious-parochial school named Dar-un-Noor School.

In addition to Islamic Studies and Arabic, this school also teaches other academic subjects such as science, math, and social studies to its 200 students in pre-K through 8.

The mosque also offers formal Quranic teaching to meet the needs of the growing population of Muslims. The institution has 27 students, two qualified full-time instructors, and a dorm warden.

This mosque has also built a Muslim cemetery on a 5-acre land. The mosque established the cemetery after realizing the importance of Muslim burial facilities in a predominantly non-Muslim country. There are around 300 Muslims from many parts of the country who are buried in this cemetery.

Al-Farooq Masjid has also established Masjid Omar Bin’ Abdul-’Aziz in the Norcross area of Atlanta to accommodate the increasing number of members of the Muslim community. This mosque was built to meet the worship and educational needs of Muslims and their children in the area. Every Friday, approximately 400 Muslims attend the congregational prayer at this mosque. Over 100 kids also attend the daily afternoon Quranic and Islamic classes.

Alhamdulillah! The Al-Farooq Organization has made extraordinary steps to establish a number of important Islamic institutions. All of their achievements are the results of Allah’s grace shown through active participation and financial assistance from the local Muslims.