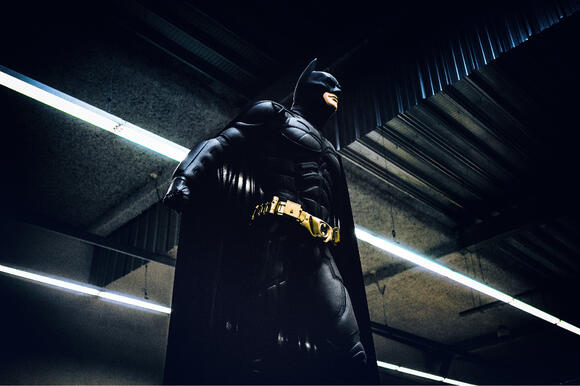 Today at DC FanDome, a free virtual DC fan event, Little Caesars announced that they will be looking for cast members for their next commercial entirely on TikTok.

"As the pizza brand with the most followers on TikTok, we can't think of a better way to kick off this incredible partnership with The Batman," said Jeff Klein, chief marketing officer at Little Caesars. "We know there is a lot of talent out there among DC fans and Little Caesars enthusiasts and we can't wait to see what the public comes up with."

Little Caesars will launch their promotion #BeLikeTheBatman casting call as part of a larger affiliation with Warner Bros. Pictures' upcoming The Batman film, which will be released in cinemas on March 4, 2022.

TikTok users who want to join may create videos of themselves depicting how they would navigate everyday life if they were Batman. Then, while uploading their videos to TikTok, users should tag them with #BeLikeTheBatman.

The company will go through submissions to choose cast members for a future commercial promoting the brand's connection with the film.

Matt Reeves directed, co-wrote, and produced the Batman film, along with co-writer Peter Craig and producer Dylan Clark. The film is based on DC characters, including Batman, who was created by Bob Kane and Bill Finger.

The Batman is set to be released on March 4, 2022, by Warner Bros Pictures. Commercials based on the TikTok casting call for Little Caesars will broadcast in the weeks leading up to the film's premiere.

Harry Potter and the Sorcerer's StoneWizarding World. The Sorting Hat is a magical hat introduced by Godric Gryffindor that is used to place Hogwarts students in their rightful place, depending on their qualities and capabilities.