Writer & proofreader. I love travel, reading, coffee, and exploring nature. On a mission to keep learning, growing, and enjoying this adventure we call life. 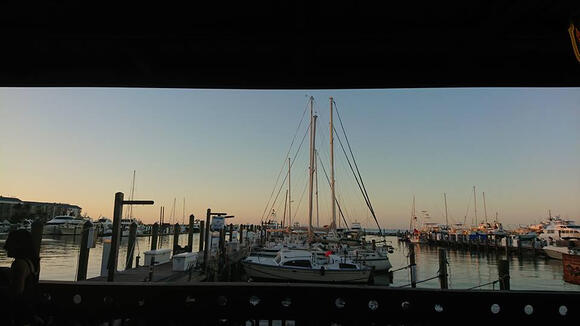 Whenever my partner and I travel, we’re always on the lookout for new beers to try.

I’ve been a beer drinker for over a decade now, but it wasn’t until after university that I started to branch out from the few staples I relied on and started exploring the fascinating world of microbreweries.

My brother-in-law had been experimenting with home brewing some small batches, and I started to become interested in the flavors and styles he would talk about making. It got me wondering just how many different kinds of beer were out there, and what I might like best.

From that point on, I was on a mission to experience all the world of craft beer had to offer, and when I met my partner, this became a shared interest of ours. By traveling, attending beer festivals, and seeking out new breweries with flight options, we slowly started to see just how vast and extremely varied this newfound world really was. The possibilities and flavors and colors were endless!

With our mission in mind, we headed to the Florida Keys for a short vacation, eager to taste the flavors of 'The Sunshine State.’ We weren’t disappointed!

Below are two breweries in the Florida Keys we recommend checking out next time you’re traveling in Florida’s south:

Before you even make it inside, you already feel like you're living the island life. A huge, beautiful mural of sea creatures stretches around the outside of the building, welcoming you at the brewery's entrance. This is a place you want to sit and stay awhile. Located along the pier at the historic seaport, it has the ultimate Key West lifestyle of boating and fishing just steps away!

We sat at an open-air window booth with the roll doors up and watched people wandering the pier while we daydreamed about one of the boats in the harbor being ours someday! Every kind of boat you can imagine was docked there in the Key West Bight Marina, from catamarans to sailboats to fishing boats to fancy yachts.

The brewery itself was a large, open-concept space with plenty of good beer on tap to taste. An added bonus was trying some famous key lime pie here, which was as good as they say!

You can’t miss it, as it’s right off Overseas Hwy. This was our first stop while making our way down to Key West. We arrived just after they’d opened around 11 am, and as a result, had the place to ourselves!

The taproom itself was tiny, but the large beer selection made up for what it lacked in physical space. Islamorada Brewery made us feel like we had finally reached the Florida Keys, with its colorful array of bright yellow, green, and turquoise paint.

They also have an outdoor beer garden where you can kick off your shoes and sit amongst the sand and palm trees while you enjoy a flight. The brewery is dog-friendly, child-friendly, and even has a food truck ready to serve you up some delicious treats.

The beer itself matches the island theme and lifestyle: light, sunny, tropical flavours. They even have a Key Lime Hibiscus Ale on tap! With names like “Pirate’s Passion,” “Sandbar Sunday,” and “No Tanlines,” you’re sure to find a flavor and style you love.

Since we last visited almost five years ago, there have been some additions to the craft beer scene here. You can now add First Flight and Florida Keys Brewing Co. to your list of stops, as well as a handful of restaurants and pubs offering a selection of craft beer on tap.

The world of craft beer keeps changing and expanding, and that’s one of the things we love most about it!

Writer & proofreader. I love travel, reading, coffee, and exploring nature. On a mission to keep learning, growing, and enjoying this adventure we call life.

In early October, my fiancé and I landed back in Toronto, having just completed our very first long-distance hike together. Neither of us are avid hikers by any means, but I’d learned about the Camino de Santiago, a vast network of pilgrim trails winding across western Europe, from a movie called The Way a few years ago.

A few years ago, one of my freelance jobs was to transcribe podcasts for a top real estate professional in the Toronto market. Each week, he’d record a new podcast about a topic that had been on his mind lately. Sometimes it was a rant about something in the industry that made him angry, like journalists reporting incorrect information about the real estate market. Sometimes it was an idea he wanted to share with the public and others in the industry, or information to help realtors excel in their business.

The benefits from this simple activity are endless. Lately, I’m all about walking — and for good reason. My partner and I are setting off on a 260+km “walk” on the Camino de Santiago through Portugal and Spain in about a month — so preparing ourselves for long days of hiking is definitely a strong motivation to get moving more.

To my surprise, personal finance expert Ramit Sethi agrees. I got the email notification just before lunch. When I first saw the box, though, I couldn’t believe my eyes. The sheer size of it shocked me — and that was before I even tried to lift it!

This Historic Canyon Community Needs Your Help To Survive

For centuries, people used mules and donkeys for transport because they were the best pack animals that existed. Strong and agile, they could successfully navigate even the most challenging terrain—all while carrying up to 20% of their own body weight (up to about 200 pounds!) It's no wonder that people relied so heavily on them.

When most people think of reality stars, they think of people: celebrities, entertainers, etc. Most of us don’t picture animals being ‘internet sensations,’ but there are a couple of birds near Annapolis, Maryland that are have been proving everyone wrong for several years now.

A Sea Creature Scavenger Hunt the Whole Family Will Love

One of the reasons many people love going to aquariums is that you get to see and learn about so many different marine creatures all in one place. Aquariums are full of sea animals of all kinds and are brimming with enough information to make your head spin. For those who don’t live near the ocean or don’t like to swim, an aquarium could be the only opportunity to see what lies beneath the surface of the water up close.

Witness a Bat Tornado Take To the Skies at Bracken Cave

Where I live, I’ve never seen more than a handful of bats flying around in the same area. There might be one or two soaring above my head at night if I’m outside, but they’re so quick you can barely even catch a glimpse.

Where To See Clusters of Beautiful Monarchs, and How You Can Help Save Them

I’ve never met anyone who doesn’t love butterflies. What’s not to love? They’re beautiful and elegant, providing you with a moment of grace as they flutter by on the wind, pollinating the flowers in your garden as they go. Often bright, bold colors, butterflies easily catch your eye as they pass, brightening up your day at the same time.

Get up Close to the Bloody Battles of Elephant Seals

I’ve always found elephant seals extremely odd-looking. Compared to other seal species, such as the adorable fluffy white harp seal babies of the Arctic, or the round faces and bodies of the harbor seal, I've never been quite as drawn to elephant seals.

The national symbol of America, the iconic Bald eagle, is magnificent in many ways. Its large size, incredible sight, and razor-sharp beak and talons make it a skilled hunter and overall top predator of the skies.

I’ve always wondered what it would be like to hear bison thundering across the plains in the Wild West. While this would have been a common sight to witness a few centuries ago, things are much different today. There are still a few successful modern-day herds of Plains bison roaming the United States, but not in the same way they did prior to the 19th century.

Search for Glow-in-the-Dark Scorpions in the Desert

Despite my astrological sign being a Scorpio, I have to admit that I don’t know much about real-life scorpions. Whether consciously or not, many people (including myself) have assigned them to the general list of ‘creepy-crawly things to avoid’ category when it comes to the natural world.

I grew up in the country, and chickens were a normal part of life that I got used to seeing at farms in the area and at fairs. From my perspective, there didn’t seem to be too much about chickens to get excited about.

See Thousands of ‘Walking' Fish Storm the Beach in the Dark

America is full of surprising creatures that engage in totally unexpected behaviors. One of those such creatures is the California grunion, a species of fish that lays its eggs on land and “dances” across the beach at night during spawning season. It’s so weird, in fact, that some people still think this phenomenon is a myth!

Moose are one type of wildlife that simply commands respect. If you’re lucky enough to see one in the wild, their stature and presence just makes you stop and stare in awe. You wonder how something so big and stately could also be so quiet and graceful.

The Best Place To See Dolphins Hunting—on the Shore!

It’s well known that dolphins are extremely intelligent. They’ve adapted to hunt in many different ways, with pods working together to create brilliant feeding techniques like bubble traps.

Watch Bighorn Sheep Slam Heads in a Battle for Dominance

There are plenty of animals around the world that are capable of things no human stands a chance at replicating. Whether they thrive in the most hostile and extreme environments on earth, live at elevations humans can’t even venture to safely, or possess unbelievable athletic abilities or sheer strength that’s unfathomable to us, what some animals can do simply blows people away.

The world is full of amazing creatures of all kinds. Some of them are so tiny you’d barely notice them at all without a magnifying glass. But just because they’re small doesn’t mean they aren’t mighty! Think of ants, for example, which can lift up to 20 times their own body weight and carry it for great distances. For something so small to be able to accomplish a feat like that is quite astonishing.

Rappel Down a Private Waterfall At This Hawaiian Oasis

Hawaii is one of those places that’s on many people’s bucket lists simply because it’s got it all: waves, sandy beaches, laid back island vibes, mountains, volcanoes, lush greenery, sea breezes, swaying palm trees, a vibrant culture…and the list goes on.