Musical Instrument Museum presents Singer-Songwriters in the Round 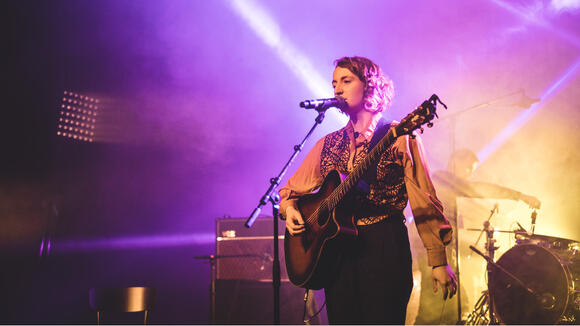 PHOENIX, AZ — Musical Instrument Museum’s comfortable, acoustically excellent 300-seat theater hosts a wide range of concerts. Each year, about 200 artists participate, including many who are rarely, if ever, seen in Phoenix.

MIM has announced Singer-Songwriters in the Round featuring Ashley E. Norton, Krystal Baker, and Sydney Sprague.

Whitherward's lead singer, Ashley E. Norton, is an international traveling duo. Norton began her career in the Arizona music scene before moving to Nashville in 2010 to write hundreds of songs and collaborate with some of the best musicians and producers in the city.

She took a detour into the world of Americana and rose to prominence as a supporter of independent music. Norton has a slew of independent studio releases under his belt, as well as a slew of official music videos and more on the way.

Krystal Baker writes songs in a wide range of genres, including country, indie folk, pop, and alternative rock. In 2001, she and Sturgis Waters, a multi-instrumentalist, formed the Waters, a dynamic duo/group that performs around Arizona and beyond.

Baker strives to make a connection with her audience by writing about universal life challenges from a first-person perspective. She wants them to feel understood and thoughtful after reading her work.

Sydney Sprague is a Phoenix, Arizona-based singer-songwriter. Sprague's songwriting is always developing, with familiar-yet-surprising hooks and hard-hitting, contemporary lyrics. She masterfully translates the same fire, originality, and wit into her 2021 release, Maybe I Will See You at the End of the World, with eyes on contemporaries such as Avril Lavigne.