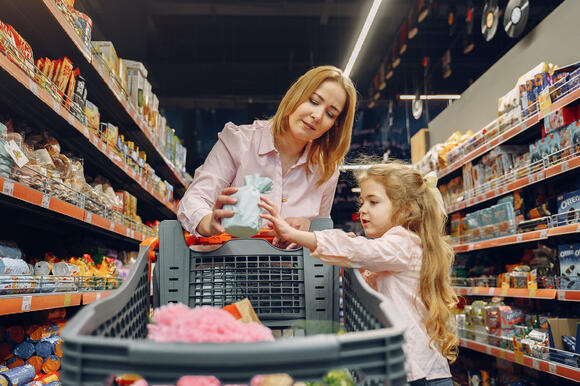 As we all know, items like groceries are becoming more expensive due to inflation; everything from food and clothing to gas is significantly more costly than a year ago.

According to the recent Consumer Price Index (CPI) report, prices increased 7.9% in February compared to the previous year. Since January 1982, this is the largest annualized increase in CPI inflation.

Like other retailers, Walmart also increased the price of several items. Recently, a Walmart employee was caught on camera changing the price tag under salad dressing from $2.24 to $7.88, an increase of more than 350 per cent.

TikTok user @devious love, also known as Shawn Connor, shared the employee's popular video. Since it was posted last week, it has had 2.8 million views, with viewers arguing the causes for such a drastic price increase.

In fact, some comments blamed the alleged price increase on inflation on social media, while others accused Walmart of "price gouging" and "corporate greed."

Several big consumer-goods companies that sell on Walmart shelves, such as Coca-Cola, Procter & Gamble, and PepsiCo, have already raised prices and warned that further hikes are coming.

Gordon Haskett analyst Chuck Grom surveyed budget retailers across the country in late February and discovered that the average price increase at Walmart, Target, and dollar stores was 8.1 percent, even Walmart, the largest and lowest-cost grocer in the US, has raised prices dramatically.

Walmart executives believe that their customers are still in good financial health. They haven't noticed any significant changes in consumer behaviour patterns, such as switching to cheaper labels, but they pay close attention to increasing pricing. It also expected supply chain concerns to improve over the next few months.

What do you think about it? If you think more people should read this article, share it on social media and with your friends and family.

Disclaimer: This article is only for educational and informational purposes.

Recently, a dangerous species of worm called hammerhead worms were found in North Carolina. Hammerhead worms have spread across the country due to soil circulation, mainly in greenhouse production, and they have recently been discovered in multiple North Carolina counties.

As we all know, residents from all around the country continue to suffer from the effects of high inflation. For example, gas and food prices are still rising compared to the previous year. So, due to the cost of living crisis, millions of Americans receive a $1500 stimulus check.

As we all know, food prices are already soaring in Michigan. If the shortages continue, food producers will be forced to increase prices even higher. Most of us are unaware of many inequalities in our societies. For example, people experience hunger in every district and county in the whole state of Michigan.

Experts warn an invasive species are spreading in Pennsylvania

Stimulus check is back: $200 could hit every North Carolina licensed driver.

As we all know, consumers from all around the country continue to suffer from the effects of high inflation. For example, gas and food prices are still rising in North Carolina compared to the previous year. So, due to the cost of living crisis, millions of eligible residents in North Carolina could receive another stimulus check.

As we all know, residents of Pennsylvania are already paying record-high prices for everything. Food, gas, and housing prices are already putting pressure on Pennsylvania citizens and might rise considerably more.

According to Guinness World Records, the most dangerous tree in the world and in the United States is the manchineel tree (Hippomane Mancinella). The milky-white sap and fruit of the manchineel trees are the biggest threats. The fruits look like small green apples and have the nickname "Manzanilla de la Muerte," which means "Little Apple of Death."

As we all know, North Carolina is one of the most beautiful states in America because it is the most preferred tourist destination for people living in the country and visitors. In addition, the warming climate, beaches, and the beautiful rolling mountains of North Carolina are some of the most frequented places in the state.

As we all know, consumers from all around the country continue to suffer from the effects of high inflation. For example, gas and food prices are still rising in Georgia compared to the previous year. So, due to the cost of living crisis, millions of Georgians could receive a $500 stimulus check.

As we all know, Floridians are already paying record-high prices for everything. If you've been to the grocery store recently, you've noticed that prices have risen across the board, shelves have gotten increasingly bare, and more than half of the products are out of stock.

A massive food shortage coming again in the United States

Food shortages are a real threat in the United States, as we all experience from March 2022. Unfortunately, this shortage comes just after the 2020 food shortage, which we faced due to increased demand and limited supply due to supply chain issues.

As we all know, Illinois is one of the most beautiful states in America because of its impeccable natural attractions, rich history, best cities, fantastic foods, and many more things that make this state attractive.

As we all know, due to inflation, some conditions are getting worse day by day in the United States compared to the previous year. The cost of everything from food prices to gas prices and housing costs is still rising in Illinois. So due to the cost of living crisis, millions of Illinois residents could receive a stimulus payment.

As we all know, Ohio is one of the most beautiful states in America because of with breathtaking natural beauty and numerous lovely small villages and larger cities to discover.

As we all know, Pennsylvania is a wonderful state. The State of Independence has some of the country's most interesting history, culture, and beautiful scenery. According to the US Census Bureau, Pennsylvania is the fifth most populous state in America, with a population of approximately 12,805,190 residents.

As we all know, Texas is one of the most beautiful and populated states in America because of its fascinating site to visit for its own culture and uniqueness. According to the US Census Bureau, Texas is one of the most popular states in the county, with a population of approximately 30,097,526 residents, and the third fastest-growing state in America.

Eligible Florida residents may receive a payment of $1,000

As we all know, some conditions in the United States are getting worse day by day, such as inflation getting worse in 2022 compared to the previous year, gas prices, grocery prices, and housing coast are still rising in Florida. So due to the cost of living crisis, millions of Americans in Florida could receive a $1,000 stimulus check.

Eligible Pennsylvania residents may receive a payment of $2000