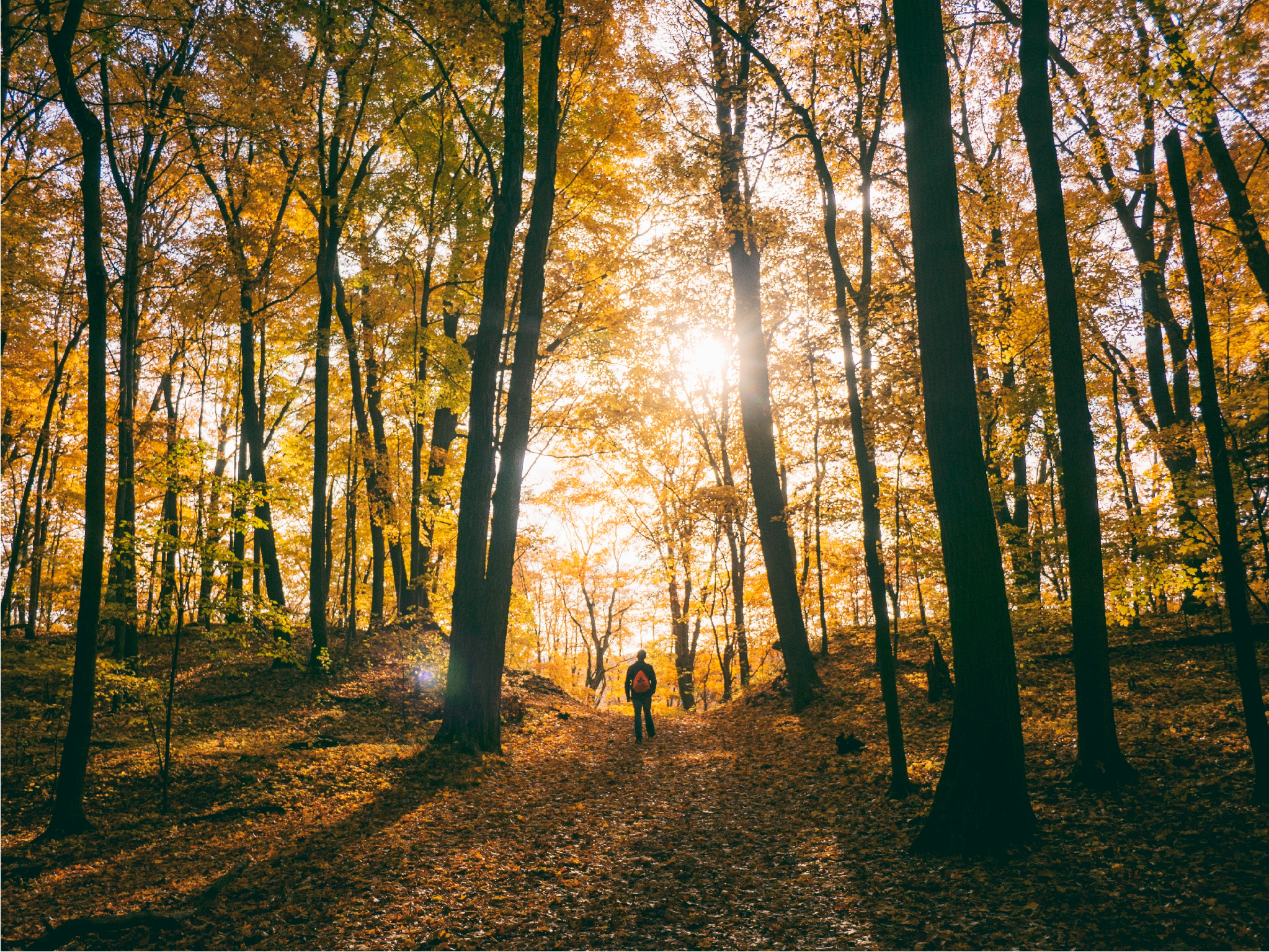 Today is Friday, Sept. 10, and we have a newsletter chock full of fun events and hard-hitting headlines to help you start your weekend. Read below to find out about Summit Metro Parks' latest trail, open just in time for the network's annual Fall Hiking Spree. We also have news about local hospital beds reaching capacity due to COVID-19 and the issues the Ohio Redistricting Commission has been having.

Akronites looking to stretch their legs as they admire the changing of the leaves need look no further than Summit Metro Parks' 58th annual Fall Hiking Spree, which received a fresh route last week in the form of the Celebration Trail at the Cascade Valley Metro Park.

The park system's robust network of 16 wildlife areas is now even bigger with the addition of the temporary, 1.6-mile trail, which exists in an area of Cascade Valley that was formerly occupied by the Valley View Golf Course, according to Cleveland.com.

Park district employees have been busy over the past five years naturalizing the Valley View Area to its former state following the course's closure. Now, Cascade Valley, Sand Run and the Gorge metro parks are all connected into one, 1,900-acre conglomerate.

The path commemorates the park district's 100th anniversary, and area residents can use it to commemorate the 58th anniversary of the fall hiking extravaganza, which tasks walkers with traveling the Summit Parks' scenic routes between Sept. 1 and Nov. 30. While the trail is temporary, park officials have yet to announce how long it will be in place.

The Akron Beacon Journal reports that first-time spree participants who walk and record their progress on eight trails will receive a hiking staff and metal shield to commemorate the miles passed underfoot. About 50,000 people are estimated to participate in the event each year, with the number of people who finish the circuit varying. The 2020 event had a record-breaking 17,000 participants who completed eight trials.

The ABJ reported that some Akron hospital patients are being shipped over to Cleveland due to overcrowding closer to home last week, leading a tri-city COVID-19 surge task force to resume regular update calls on Thursday.

One Akron Children's Hospital physician called the bed-filling a "surge of the unvaccinated" after Cleveland.com reported that the health center had tested 254 kids positive for the virus out of a pool of 3,300 children last week, and about 500 of those results are yet to come back.

Per WKSU, Ohio sported the fourth-highest rate of infection spread on Wednesday, with Pike County towards the south of the state leading the charge, showing 1,400 new cases per 100,000 people on average.

Most recently, the Ohio Department of Health reported 6,823 new cases on Wednesday via the Key Indicators page of its COVID-19 dashboard.

Republicans on the Ohio Redistricting Commission revealed their proposals on Friday for new congressional maps that would come to define the state's House and Senate seats until 2030. Now legislators have less than a week to get them passed before the federal deadline on Sept. 15.

Per The Columbus Dispatch, the maps need to first be approved by at least two members from each party on the seven-person committee, meaning Ohio House Minority Leader Emilia Sykes and Sen. Vernon Sykes — the only two Democrats on the committee — will have to assent to the GOP proposal for the deadline to be met.

The charts also need to receive public comment and a final vote, which could take a while, though the commission has meetings scheduled for Sunday, Monday and Tuesday.

The lines were most recently redrawn in 2015, following the passage of the Issue 1 Ohio Bipartisan Redistricting Commission Amendment, which also created the state's redistricting oversight committee.

Sad LeBron pic of the week

An overwhelming amount of non-mad-LeBron news has forced the NBA all-star out of the newsletter for the past few weeks, but this week we're happy to say that King James and his upset mug are back.

Here he is, looking resplendently upset in Lakers yellow. Apparently the prospect of his newest children's book isn't enough to keep the crown on Bronny's head.