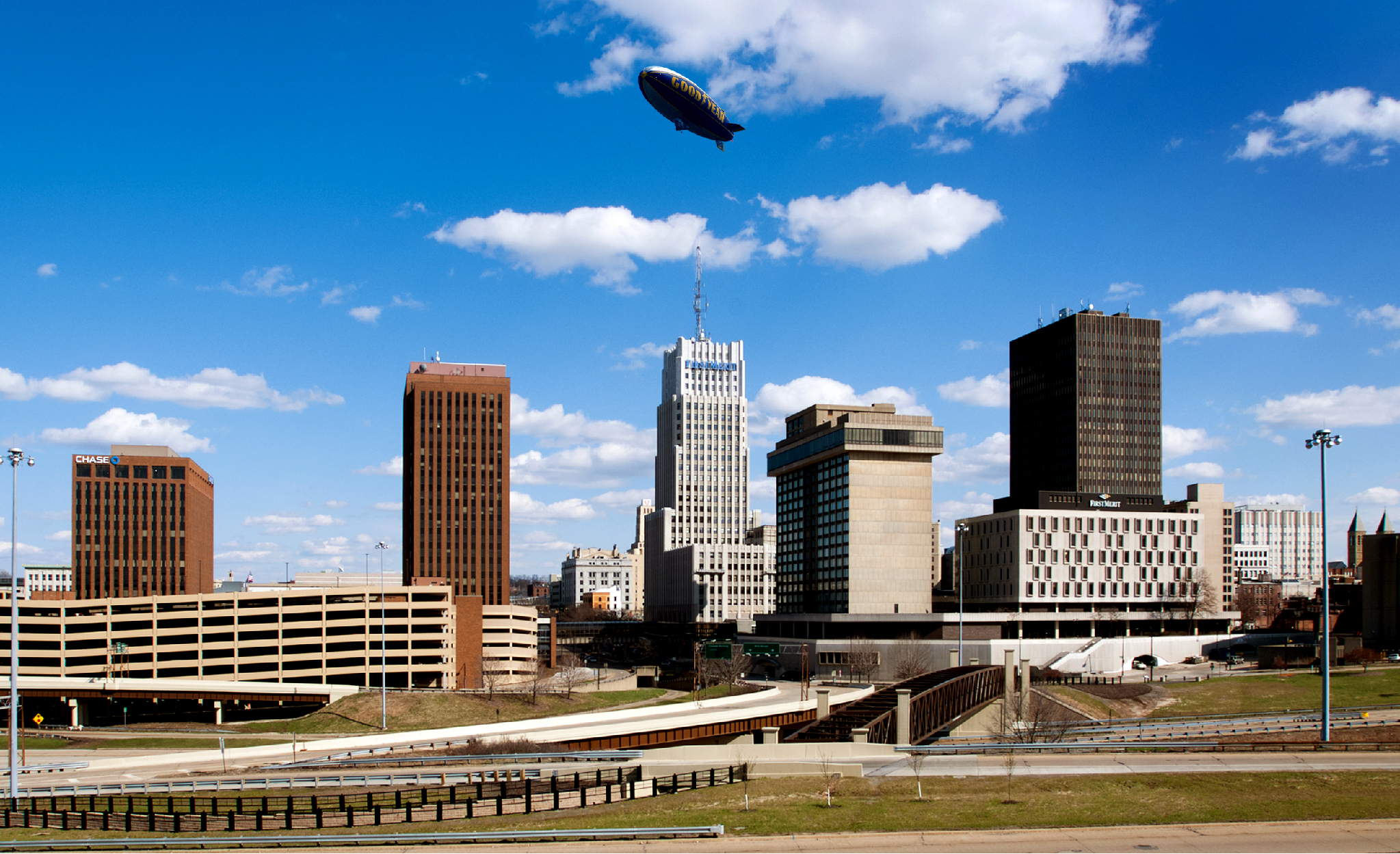 (The City of Akron)

This week's newsletter touches on Akron's biggest yearly music festival, explores some new restaurants that have opened recently in the Rubber City and we dive into what the results of the U.S. 2020 Census mean about Akron and the way the city's changed over the past decade.

Akron's biggest yearly music festival invites residents in Highland Square to lend their front porches to 130 local bands and artists for a day of outdoor live music, tasty food and community celebration on Saturday. Any subscribers to this newsletter should have received a separate special edition PorchRokr Preview newsletter yesterday, with information about food, bands, vendors and a complete schedule. The PorchRokr guide can also be found here.

While the pandemic proved a rough time for restaurants in Northeast Ohio, that didn't stop multiple new food and drink businesses from opening their doors to hungry customers in Akron for the first time this year. Meanwhile, others that have been shut down since March 2020 experienced some expansion during the summer months. Here are a few new openings and reopenings you may have missed.

Totally Baked Pizza is a brand new eatery that started serving unusual but tasty-sounding pizzas to Akronites from its 18 N. High St. location in July, according to the Akron Beacon Journal. The oddball menu is the perfect fit for a weird year, with pies like the Jerry Garcia (rustic tomato sauce, Italian meats and cheeses, pepperoncini) named after some of the most famous weed smokers of all time.

The arrival of Totally Baked also means Akron can once again claim to have a stoner-themed restaurant since the former Cheese & Chong's mac and cheese restaurant shut down amid the pandemic.

A new Irie Jamaican Kitchen location also popped up in Akron in May at 837 W. Market St., joining its two sister stores in Cleveland in serving fast-casual Caribbean dishes and riffs on Jamaican classics. Menu standouts include a mac and cheese box, which gives customers the ability to choose between 13 different types of meat, including jerk chicken, oxtail, baby lobster and crawfish.

Akronites who missed out on fine dining experiences and quality markets during the pandemic may also be interested to learn that Lanning's Restaurant in Bath and The Farmer's Rail in Cuyahoga Falls are once again accepting guests.

The Beacon Journal reports the former closed for refurbishments in late May with the dining room reopening in June and a new lounge opening in July with what manager Joe Stoltz described as a "more modern" look.

The U.S. Census Bureau released the results of its 2020 survey last week, with data showing that Akron's population had decreased by nearly 9,000 people since the previous census in 2010.

"When I entered office in 2016, I knew that stemming the pace of population decline was going to be critical to Akron’s long-term health and vitality. But I knew that we would first need to hit the brakes on population loss before we could change directions and hit the gas on population growth," Horrigan said in a written statement after the bureau released the info.

The Akron mayor added that he thinks post-pandemic recovery resources will help lure people back into the city, citing his own intentions to create and fund development programming to assist both current residents and new ones.

The University of Akron receives $500,000 grant to assist local, low-income students and adults

Summit County students and adults looking to attend the University of Akron may soon find their financial woes lessened after the school announced it had received a $539,218 grant through the Federal TRIO Talent Search program.

According to the U.S. Department of Education, the Education Talent Search initiative works to identify people who are low income or hoping to become first-generation college graduates and equips them with the resources they need to attend a university. It operates under the department's Federal TRIO umbrella, which consists of eight such programs designed to provide financial assistance for interested students.

Cleveland.com reports that UA's grant will help the school provide additional services, including new hands-on workshops, academic monitoring, tutoring, summer educational programs and a peer monitoring initiative, over the next five years. The online application to take part in Akron's ETS can be found here.

Students in grades 6-12 must attend an Akron-area school and have a grade point average of at least 2.3 to apply, while adults can take part by showing interest in pursuing post-secondary learning.

"These funds will allow us to continue to provide academic, career and financial counseling to our participants and encourage them to complete high school and go on to complete post-secondary education," UA Academic Achievement Programs Director Deborah Stone said in a media release.