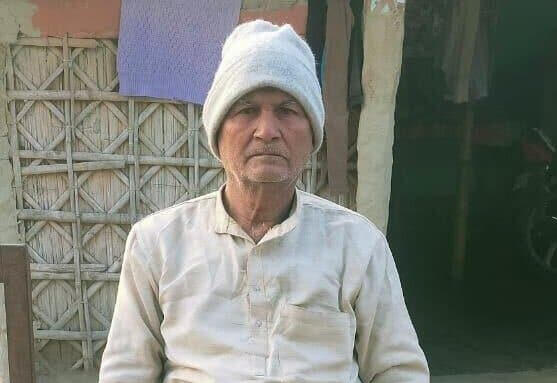 According to multiple reports, a man in India received 12 coronavirus vaccinations and believes it helped with other health issues like back pain.

Brahmdeo Mandal is an 85-year-old retired postmaster from Bihar, a state in eastern India. He says he received nine of the vaccine shots using his national identity card and the rest with his wife’s phone number and voting card.

“I felt that it was helping my general health. My backache has improved, my general weakness improved, and my appetite improved”, Mandal said to the New York Times.

He also added, “I was always looking for new vaccine camps and would go there. Nobody would recognize me.” Mandal said to the paper that he still wants more vaccine shots.

As of now, there is no evidence on whether Covid-19 vaccines help with health conditions other than fighting the coronavirus.

Health and area officials have verified the man’s claims and confirmed that he had received eight doses from four different vaccination camps. The BBC reported that once Mandal got two shots within 30 minutes.

Mandal has kept a handwritten note of all the dates, timings, and camps related to his vaccination. As per the notes, he has received 11 doses between last February and December.

The chief of medical officer of the Madhepura district in Bihar said that this could have happened due to the delay in uploading vaccination details caused by internet shortages.

Similar cases have been reported in other parts of the world where people attempted to get vaccinated more times. A man in New Zealand had received vaccination shots 10 times.

An expert said that multiple doses of the vaccine should be fine as they consist of harmless components and antibodies have already formed.

Terminator: Strict veganism for the past 5 years led to the loss of bad cholesterol, which shocked his doctor

People still remember their favorite character, Terminator, from the film series "The Terminator." It was performed by none other than Arnold Schwarzenegger, an Austrian-American actor, former bodybuilder, film producer, and politician. He served as the 38th Governor of California. He is also the role model for thousands of bodybuilders around the world.

All for money: A man married and cheated on 27 women

This is not the picture of SwainPhoto by Tima Miroshnichenko from Pexels. On 13th February, a 66-year-old man, Bibhu Prakash Swain, was traveling in his car through Bhubaneswar (a city in India). Unexpectedly, a special squad of Odisha police surrounded him.

The inspiring story of a woman with 4 legs

Josephine Myrtle Corbin was born with an extremely rare medical condition in 1868 - dipygus. She had two separate pelvises that separated at the waist. Dipygus is a severe congenital disease where the body parts into two (left and right) along the torso with the duplicate pelvis and limbs. The occurrence of this disease is so infrequent that only 14 cases had been reported worldwide as of 2006.