The inspiring story of a woman with 4 legs 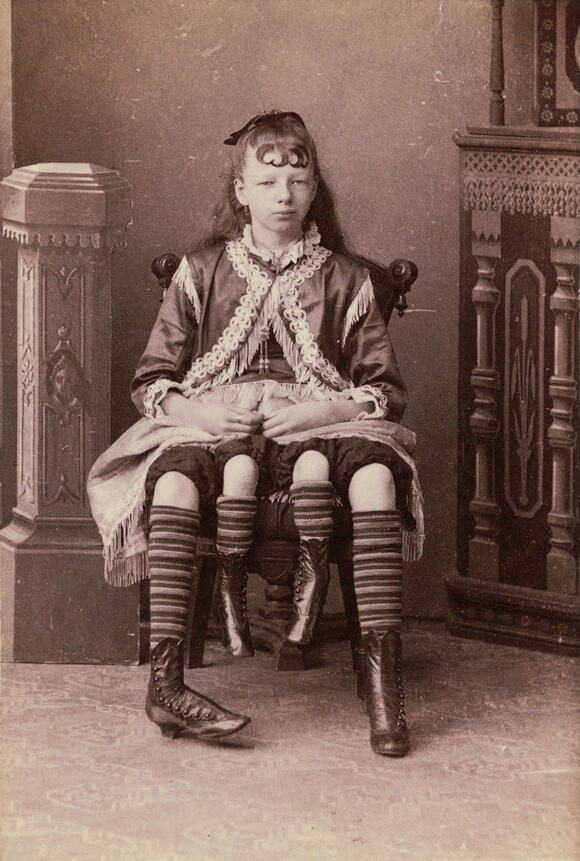 Josephine Myrtle Corbin was born with an extremely rare medical condition in 1868 - dipygus. She had two separate pelvises that separated at the waist.

Dipygus is a severe congenital disease where the body parts into two (left and right) along the torso with the duplicate pelvis and limbs. The occurrence of this disease is so infrequent that only 14 cases had been reported worldwide as of 2006.

According to Corbin’s mother, her birth was normal except that it was a breech presentation delivery. After three weeks, she showed signs of a fit child who ‘nursed healthily’ and was ‘thriving well.’

Corbin’s twin has a completely developed body from the waist down but was malformed, with only three toes on each foot. She could control her twin’s legs but couldn’t walk with them. Also, due to her clubbed foot, she couldn’t walk properly herself.

Despite difficulties, when Corbin turned 13, she joined a sideshow circuit under the nickname the ‘the Four Legged Girl from Texas.’

She was an intelligent girl and even deformity can’t stop her from succeeding in life. At the age of 19, she married James Clinton Bicknell and went on to have five children.

In medical literature, Corbin’s anomaly was given different terms and one of the doctors described her as ‘female, belonging to the monocephalic, ileadelphic class of monsters by fusion.’

She died in Texas in 1928 of a bacterial infection. Her casket was covered in concrete to prevent corpse theft. Many medical experts intended to purchase her corpse for examination.

Today the condition of dipygus can be diagnosed before birth and can be treated surgically.

Terminator: Strict veganism for the past 5 years led to the loss of bad cholesterol, which shocked his doctor

People still remember their favorite character, Terminator, from the film series "The Terminator." It was performed by none other than Arnold Schwarzenegger, an Austrian-American actor, former bodybuilder, film producer, and politician. He served as the 38th Governor of California. He is also the role model for thousands of bodybuilders around the world.

All for money: A man married and cheated on 27 women

This is not the picture of SwainPhoto by Tima Miroshnichenko from Pexels. On 13th February, a 66-year-old man, Bibhu Prakash Swain, was traveling in his car through Bhubaneswar (a city in India). Unexpectedly, a special squad of Odisha police surrounded him.

According to multiple reports, a man in India received 12 coronavirus vaccinations and believes it helped with other health issues like back pain. Brahmdeo Mandal is an 85-year-old retired postmaster from Bihar, a state in eastern India. He says he received nine of the vaccine shots using his national identity card and the rest with his wife’s phone number and voting card.