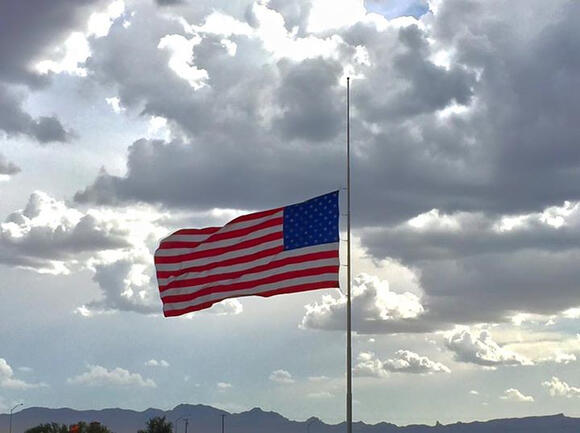 SAINT PAUL, MN — Governor Tim Walz has ordered that all United States flags and Minnesota flags be flown at half-staff at all state and federal facilities in Minnesota on Monday, June 14, 2021 from dawn to sunset, in honor and remembering of Paramedic Troy Boettcher, who died in the line of duty.

Paramedic Boettcher died in the line of duty on Tuesday, June 8, 2021, when the ambulance he was traveling in was involved in a crash outside Nashwauk. A 17-year-old patient who was transported in the ambulance was also killed in the accident.

According to the proclamation released by Governor Walz, Troy Boettcher was an excellent paramedic who was admired and revered by his coworkers and served with dignity and pride. Paramedic Boettcher's dedication to end sacrifice for his fellow citizens is recognized by the State of Minnesota, which expresses its heartfelt gratitude to him. The entire state's thoughts and prayers are with his family, friends and the entire community during this difficult time.

According to the governor’s office, he was a dedicated member of the Grand Rapids Meds-1 Ambulance Service and the EMS industry for 23 years. The paramedic is survived by his wife, Amber Boettcher; children, Brandon Boettcher, Megan Boettcher, Liberty Hack; along with his stepchildren Ethan Berglund, Autumn Applebee, Tristan Applebee and Joseph Applebee; and many nieces, nephews and other relatives and friends.

The Governor has directed that all individuals, businesses, and other organizations or groups in Minnesota take part in the ceremony by lowering their flags as well.