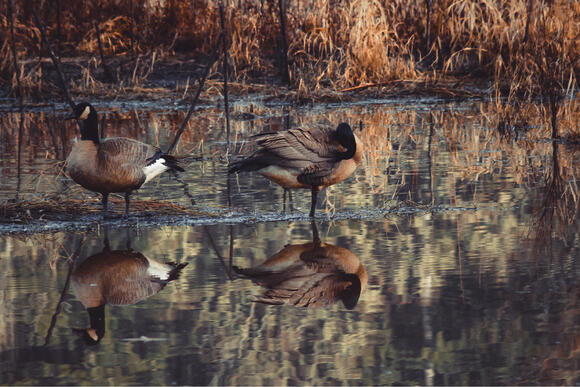 MINNEAPOLIS, MN — The Minnesota Department of Natural Resources announced on Monday that there will be an experimental five-day early teal season this fall.

Hunters will have a new opportunity to harvest six teal during the early season and shooting will continue until sunset rather than ending at 4:00 p.m. during the first portion of Minnesota’s waterfowl hunting season.

This season will also see some new waterfowl hunting regulations put in place, including the increased bag limit for dark geese from three to five per day, reducing the 12-day season split in the south zone to a five-day split and opening four areas where over-water goose hunting was previously restricted.

The five-day early teal season, which will start from Saturday, September 4 through Wednesday, September 8, will give hunters the opportunity to hunt teal that otherwise would have migrated south by opening day of waterfowl season on September 25. A total of six blue, green-winged and cinnamon teal may be hunted and taken in any combination from the morning until the evening during this early season.

“There was some concern expressed about establishing an early teal season so the experimental approach the U.S. Fish and Wildlife Service requires allows the DNR to carefully evaluate impacts,” said Steve Cordts, waterfowl specialist for the Minnesota Department of Natural Resources. “We’ll assess the season this year and can renew it for up to two years.”

The Department of Natural Resources will carefully evaluate the season results and gather additional public input to guide future decisions on continuing the early teal season. The Department does not expect that the early season will have a negative impact on the teal population or hunter experience.

“Hunting is only one aspect of waterfowl management in Minnesota,” Cordts said. “Our work to conserve, improve and acquire waterfowl habitat has a more significant impact on waterfowl populations and the land’s ability to support them.”