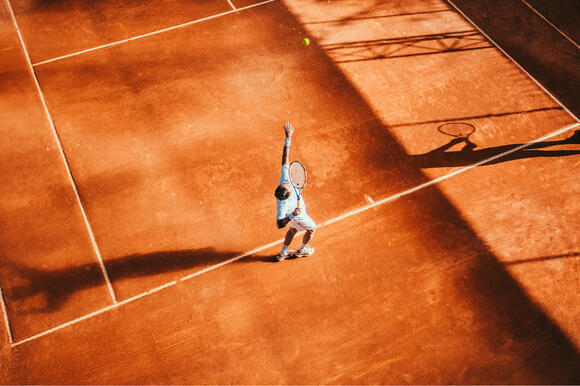 Tennis is no doubt one of the most enjoyable sports in the world. As a matter of fact, it ranks super-high among the individual or non-team sports category.

Now, in case you are considering a career in tennis, you should know that not every ball hit is right. In other words, you are not allowed to hit your ball in specific directions or in specific manners. In this article, we are going to tell you about the top 6 illegal tennis ball hits so that you can avoid them in the future. You can check out reviews of the Best Tennis rackets if you are interested to buy a good Tennis racket.

Hitting any of the permanent fixtures with the ball on a tennis court is illegal. It also counts as a point against you. And what are these permanent fixtures? According to Rule 2 of the International Tennis Federation Rules of Tennis, permanent fixtures include the sidestops and backstops. It includes the spectators, the seats and stands for spectators. It also includes other fixtures above and around the court such as the chair umpire, spectators, ball persons, net umpires, and line umpires when in their officially recognized positions.

However, your opponent does not count as a permanent fixture. Hence, you can smash the ball at your opponent’s body as long as it falls within the touchdown lines. This body hit play is commonly used by players in doubles matches.

2. You Cannot Swing Twice at One Shot

You are allowed to double-hit the ball. However, it is illegal to swing your racquet twice at the ball when returning the ball to your opponent’s court. Hence, you cannot stop or bounce off the ball in one motion and then hit it again with your racquet in another motion swing. This is a foul play and it will count as a point in favour of your opponent.

3. You Cannot throw the Racket at the Ball

You are not allowed to throw your racket at the ball. This is a foul play and it will count as a point in favour of your opponent.

4. You Cannot Touch the Net

The net divides your court from that of your opponent. Hence, you are not allowed to touch it deliberately or mistakenly. This action counts as a point against you. Rule 24 (g) of the International Tennis Federation rules for tennis describes this illegal shots as a situation where:

The player or the racket, whether in the player’s hand or not, or anything which the player is wearing or carrying touches the net, net posts/singles sticks, cord or metal cable, strap or band, or the opponent’s court at any time while the ball is in play…

However, if the ball hits the net while a player is serving it, it only counts as a fault. Here, the serving player gets one more chance to serve again. The serving player loses a point to the opponent if they hit double faults.

Furthermore, there is no foul (after the service), if the ball touches the net and falls into the receiver's court. The play simply continues or it counts as a point against the receiver if they cannot return the ball.

5. Returning a Service Before the Ball Bounces

This rule is so strict that you will still lose the point if you catch the ball or touch it with your racket. It is immaterial even when it is so obvious that the ball was going to fall out of bound.

6. You Cannot Interfere with Your Opponent While They Are Hitting

One more thing you cannot do in tennis is interfering with your opponent’s play, especially while they are in the act of hitting the ball. This is an illegal move and it will count as a point against you. You will be found to be interfering if you make weird noises or make unusual gestures while your opponent is about to hit.

However, the exception to this rule is that you can communicate with your partner quietly while the game is in play. You are also allowed to talk, make gestures or make sounds while the ball is within your court. This will not be deemed a distraction to your opponent.

In order to promote the spirit of sportsmanship and protect the integrity of the game, tennis players are not allowed to make certain hits. And we have discussed some of them in this article for your enlightenment. Play safe and stay safe.