I write high search engine optimized articles for Newsbreak. I have no intention to promote any service or affiliate program. https://www.aamirokamal.com

Best Actors and Singers From Ohio 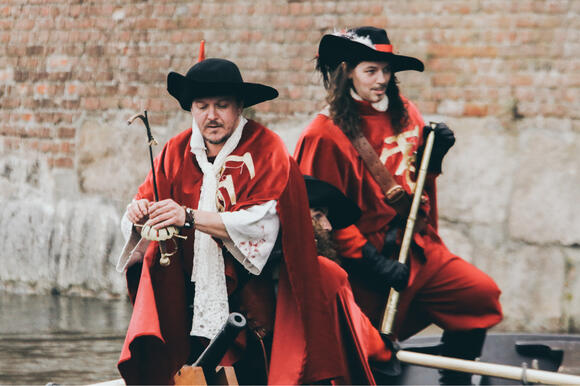 If you love watching movies, Tv shows, or listening to music, you understand how a song can determine your mood. Studies show that listening to a song can bring back a specific memory, lighten up your mood or make you pumped up for a strenuous activity like a workout.

Movies or TV shows can help you pass the time, offer information you did not know, and bring out different emotions. You may also watch a film just because your favorite actor is in it. Here are the best Actors and singers from Ohio.

Born David Khari Webber Chappelle, he was born August 24, 1973, and is 47 years old. He is famously known as a stand-up comedian on his satirical comedy show, Chappelle's Show, which run from 2003 to 2006 and is currently on Netflix. He is also an actor, writer, and producer and has won 3 Grammy awards, 4 Emmy awards, and the Mark Twain Prize. Chappelle is married to Elaine Erfe and has 3 children together. In addition, he has acted in over 20 films.

If you love Winnie the Pooh, Pooh and Tigger's characters have both been voice by Jim Cummings. He was born November 3, 1952, and is 68 years old. Other than Winnie the Pooh, he has appeared in almost 400 roles. He has won 2 Annie Awards and a Daytime Emmy award. He has 4 children with his former wife, Stephanie Cummings.

Clancy Brown, age 62, was born on January 5, 1959, and is known for his role as Waylon" Jock" Jeffcoat on the Showtime series Billions. He is also a voice actor, has married his wife Jeanne Johnson since 1993, and has 2 children together. He won the Chainsaw Award for his role in the horror film, The Mortuary Collection.

Known for his fantastic voice, he is a songwriter, singer, actor, record producer, film producer, and philanthropist. He was born December 28, 1978, and is age 42. He is married to Chrissy Teigen and has 2 children together.

John Legend has won 28 awards, including 11 Grammy awards, and has been nominated 89 times. He has released 7 full-length studio albums, 4 live albums, 2 video albums, 3 extended plays, 39 singles, and 2 promotional singles. His single All of Me has over 1 Billion views on Youtube.

She was born September 7, 1951, and is a songwriter and musician. She has been active since 1975 and is a founding member and the only constant member of the rock band The Pretenders. Her music is either Rock, New Wave, and Punk Rock. She can play the guitar, drums, piano, and harmonica too.

At age 65, born March 5, 1956, Steve Arrington is a record producer, singer, songwriter, drummer, engineer, and minister. His music is either Funk, R&B, soul, pop, and gospel. He has been active since 1979. in 1990, after getting saved and becoming a licensed minister, he temporarily stopped being active in the music scene. He later reemerged in October 2009 and released the R&b, funk, and spiritual album Pure Thang. Since then, he has released a couple of albums, with his latest being a solo album called Down To The Lowest Terms: The Soul Sessions.

I write high search engine optimized articles for Newsbreak. I have no intention to promote any service or affiliate program. https://www.aamirokamal.com