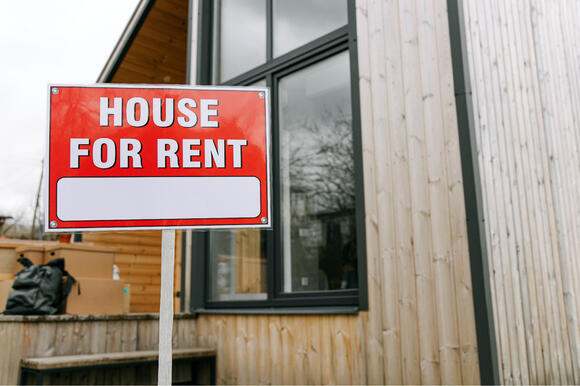 Rents in the USA are soaring high and have hit another record, with the national median rent being $1,827 a month in April. This is 16.7% higher than last year’s.

This surge is fed by the difference between rental supply and rising demands. If this trend remains, typical rent could be more than $2,000 a month by August.

A recent Reddit post on the topic received 28.3K upvotes and 1.9K comments. The post is about a woman who charged her sister-in-law above-average rent for a bedroom.

Should you charge a family member high rent?

The author starts her post by saying that her house was burnt down by thunder two years ago. Fortunately, her three children, herself, and her husband were not at home and were safe. However, it took 11 months for the insurance to payout. But the insurance paid only for one month's worth of hotel stay. So they had to move in with her sister-in-law.

She offered a spare bedroom and office room, which she didn’t use, and asked them to purchase food and pay $100 per week. But all that changed after three weeks.

The author and her family were allowed to use only one room and had to pay $250 per week. The room they were allowed to stay in was as small as a glorified closet and didn’t fit a twin-sized bed and a small dresser. So they had to live off trash bags. This went on for a few months.

The author added that the sister-in-law didn’t have any bills other than yearly land tax worth $450 and electric and heating oil, which she hardly used.

Is tit for tat petty?

According to a study published in Oxford Academic, revenge induces pleasure.

Fortunately, three months ago, the author’s grandmother decided to go to assisted living after she fell down. She transferred the deed of her five-bedroom farmhouse to the author.

After two months, her sister-in-law lost her house as she didn’t pay her land tax for years. The sister-in-law asked the author whether she and her step-daughter could stay with them till they save enough money to move.

The author wrote, “Neither could we, but we managed to cram five people into a glorified closet space while you were getting $1000 and food stamps. Take it or leave it.”

Now, most of her husband’s family thinks she should let the past go and stop being childish.

What do you think? Should the author forgive her sister-in-law and accommodate her free of cost?

Is it one’s responsibility to look after another person’s poorly behaving child?. Children are undoubtedly God's gifts. But some of them can test one’s patience with their stubbornness and naughtiness. In some conditions, looking after adamant children can cause stress and anxiety.

Man makes wife pay for IVF treatments because it's 'her problem'

Is one’s friend more valuable than their spouse?. Infertility is a common problem in the US, with about 1 in 5 women (between 15 to 49 years) not being able to get pregnant after a year of trying. This emotionally affects women more than men, and they show raised depression levels, lowered self-esteem, and feelings of blame and guilt.

Father storms off after sister deadnamed his son on her wedding

Is it right to ignore a transgender person's new name?. We are approaching the end of another Pride Month, which celebrates the LGBTQIA+ community and spreads awareness about them. Transgender people are a part of this community and go through mental strain trying to understand their identities.

Woman gets husband fired for not going to work

Woman scares away dad who was in the ladies' washroom

Is looking after a baby only a mother’s responsibility?. Fathers are an integral part of a baby’s life, unlike olden days when they would just provide for the family. Now, fathers feed their babies formula milk, dress them up, change their diapers, and more.

Does one have to set boundaries with the spouse's parents?. The spouse's parents are essential to a couple's life and can sometimes become overbearing. In fact, men and women report having 44 percent more conflicts with their mothers-in-law than their own mothers.

Teacher ignores when boy bullies girl for having gay parents

The LGBTQIA+ community and their supporters are celebrating Pride Month for spreading awareness about them. This is important because people of this community and those related to them still suffer from acts of discrimination and harassment regularly.

Woman eaten by 20 Maine Coon cats after she collapsed dead

A woman, whose name isn’t revealed, was eaten by her pets after she died in her home and wasn’t discovered for two weeks by the police. The woman was a cat breeder and owned 20 Maine coon pedigree cats. These cats are muscular in build and passive in nature and are known as ‘the gentle giant’.

Toddler in puberty after exposure to dad's testosterone gel

Whenever Erica Brownsell took her two-year-old child, Barnabay, out to play, other parents would ask why her child was still drinking from a baby bottle because of how muscular and tall he was. Once, a stranger commented, “He looked like a little man.” She said some people even called him "Viking" or "Samson" because of his muscular appearance.

Surprisingly, only 41% of the 1,091 males surveyed in a study could correctly identify menstruation in the US. When asked whether periods were physically painful, only 40% said it was, while 36% believed it wasn’t.

Is it wrong to cancel plans due to unprecedented changes?. Traveling is a great way to bond with others. Sharing unique and cherishable moments with fellow travelers can strengthen their relationships with each other. Not the least, traveling in a group is more affordable as one can book an apartment and split the rent - and it might cost less than a room.

Why Japan owes its lack of gun violence and its gun laws to the U.S.

With the increase in gun violence due to the wide use of guns in the United States, the U.S gun law debate has further intensified. Americans are now finding newer solutions to bring such violence under control.

Can one demand a person to get them an expensive gift?. A baby shower can make the mom-to-be feel special and loved during her pregnancy. Those who experience a stressful pregnancy might find such happy moments soothing, boosting their morale. Not the least, baby showers are perfect and cherishable celebrations for parents-to-be and their loved ones.

Woman asks mom of stillborn to give her baby nursing milk

Is it right to force one to give them what they want?. Although prenatal care has improved, one stillbirth happens every 16 seconds and 2 million every year in the world. In addition to the devastating loss of life, stillbirths cause psychological and financial loss for the mother and other family members.

A man was so addicted to Pepsi that he drank 30 cans a day for 20 years. He claims that he came out of it after having an online hypnotherapy session. Andy Currie, 41 years old, has been addicted to Pepsi for the last 20 years and spent a whopping $8.6k on it annually. He works at a grocery store in Bangor and has drunk around 2,19,000 cans of Pepsi since his early twenties - which comes to roughly 7 million sugar cubes. He has been working night shifts most of the time during his career at the grocery store and feels he needs the sugar rush to keep going.

To which extent should one rely on their parents for money?. Living in the US can be costly, especially when one doesn’t have a stable job. Not to mention that the average living cost of a family of four is $3,440 without rent. Of course, it will vary depending on the state one resides.

Sisters furious at man for giving his wife inheritance

Should one expect an inheritance from their sibling?. A death in the family coupled with disagreement over inheritance can be agonizing. The money involved can significantly deteriorate the relationship between a person and their loved ones.

Selfish bride berates flower girl, who has cancer, for shaving her head

Can one justify being insensitive to a sick person?. Ependymoma is a rare type of cancer that starts in the brain or the spinal cord. And like other cancers, it requires harsh treatment like chemotherapy - straining the patient emotionally and physically.

Deaf man keeps daughter a secret from his disrespectful family

Should one value a family that doesn’t care for them?. The life of a deaf person can be difficult as they navigate through life differently. But they can face and overcome any hardship with a loving family. Parents of a deaf child can guide them through daily activities, which require them to put in more effort.

What are Cambodian 'Penis Plants' that are nearly extinct?

Native to the tropical parts of West Cambodia, these rare 'Penis Plants' are on the verge of extinction due to the increase in agricultural activities and tourism. This plant is known by that name for its uncanny resemblance to the phallic shape of the male genitalia when seen from a particular angle. It's scientifically named 'Nepenthes holdenii' because some photos of women posing and plucking the plant went viral on the internet.