Trent Williams is one of the most sought after free agents in the NFL and he plays one of the most valuable positions. After one season in San Francisco, the 49ers are interested in bringing him back, but will he return to the team? Richard Sherman, who is also a free agent and played with Williams last year made a prediction on the Cris Collinsworth Podcast alongside Williams that he thinks the potential future Hall of Famer will return to San Francisco. Williams didn’t necessarily disagree. 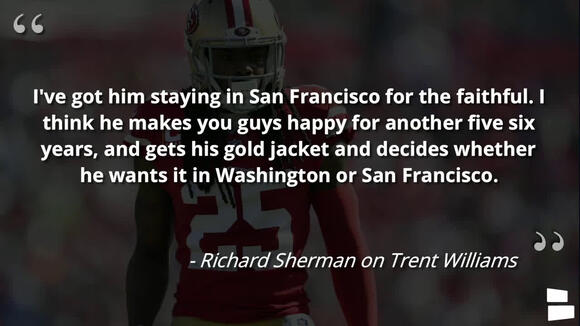