360 MAGAZINE represents the celebration of societal change through racial and sexual ambiguity as a youthful pop culture and design journal.

New York based singer, songwriter and producer Amber Mark releases Foreign Things following its premiere last night on BBC Radio 1 as the Hottest Record. Foreign Things is the third single to emerge from her forthcoming debut album, coming soon via PMR/Interscope Records. The track is accompanied by a stunning official video co-directed by Amber with best friend Satya Zoa, with Foreign Things serving the first chapter of a 5-part anthology of the album’s videos set to form a short film to be released alongside the album. Amber will also play a special, one-off sold-out show at London’s Lafayette tonight – her first live show since the pandemic and an exciting preview of further live shows to be announced soon.

Of the song Amber says, Foreign Things is about the excitement of new experiences. The thrill of newness. This marks the start of my journey towards self discovery and serves as a precursor to the enlightenment and self love that’s achieved in previous singles Worth It and Competition. So excited to continue to piece this story together!

While April’s release of Worth It, which NPR featured as one of their Favorite Songs of 2021 (so far), marked the first official single since 2020’s Generous, 2020 was still a hugely productive year for Amber. With her hometown of NYC hit hard in the first wave of the pandemic and placed under strict lockdown, Amber turned to her simple home studio to create an acclaimed series of home-produced covers and originals titled Covered-19, each accompanied by a homemade video and artworks. The series was followed by a collaboration with longtime friend Empress Of on the protest song You’ve Got To Feel, earning Annie Mac’s Hottest Record, Tune Of The Week and a spot on the Radio 1 playlist. Earlier this year Amber was featured on legendary DJ Paul Woolford’s new piano-house track HEAT, again snagging Annie Mac’s Hottest Record and a long run across the Radio 1 and 2 playlists. Having already amassed over 300 million streams since the release of her breakout debut EP 3:33AM in 2017, news on Amber’s debut album will follow soon. 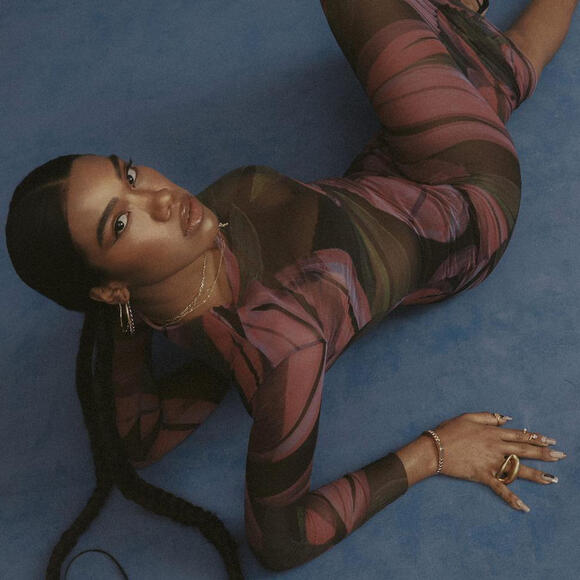 360 MAGAZINE represents the celebration of societal change through racial and sexual ambiguity as a youthful pop culture and design journal.

Dinorah Cantú-Pedraza is an innovator in the world of tech. Joining the new NGLCCChamber of Commerce in Mexico, Dino has had an established career shifting the way that people around the world communicate.

Today, Casio pays homage to NASA with the release of the G-SHOCK GWM5610NASA4 the third limited-edition timepiece in the series. The latest model, which celebrates space exploration, comes with advanced technical capabilities like Tough Solar Technology and Multi-Band 6 Atomic Timekeeping. Styled after the iconic orange suits worn by astronauts, the new model mirrors this famous aesthetic with an all-orange case and band, and an American flag adorning the black band loop.

This Labor Day weekend Drai’s Beachclub • Nightclub is taking things to the next-level from Friday, Sept. 2 to Monday, Sept. 5 with top-tier performances, day and night. Located on the 11th story rooftop of The Cromwell in the center of the Las Vegas Strip, Drai’s will host incredible Drai’s LIVE performances by icons Big Sean, Meek Mill, and more.

Global superstar, producer, and DJ Kygoteams up with Australian singer/songwriter Dean Lewis to release their 2-track bundle via RCA Records. The bundle features the vibrant new single “Lost Without You,” released today, along with the previously released melodic, enticing track “Never Really Loved Me.”

Listen to Jossef’s full chat with the360 MagazineLatinx Editor-at-LargeJavier Pedrozaon the 360 MAG PodcastHERE. 21-year-old singer/songwriter Jossef has swiftly taken the music industry by storm. Originally from Puerto Rico, as he defines, “it is the place where champions are born, we have a lot of potential.”

Maserati’s Grecale SUV is making its dynamic debut at the Goodwood’s Festival of Speed, taking on the famous hill climb in the First Glance Run. During the event and alongside Maserati’s global brand ambassador David Beckham, Grecale is being put to the test on the 1.16-mile course. The MC20, which had its UK dynamic showcase at last year’s Festival of Speed, also makes an appearance on the hill climb route, and is joined by the latest model in the range, the newMaserati MC20 Cielo Spyder.

London-based girl group FLO releases their highly-anticipated debut EP The Lead. “Our debut EP The Lead represents personal and professional growth because it’s taken so many twists and turns. We are young black women navigating life and musicians finding our voice and sound through R&B. Pop means popular, and R&B could be pop, but people need to give it the same love and chance.

The House introduces Gucci Pet Collection —a wide-ranging selection of items designed for dogs and cats that combines high-quality materials and craftsmanship with innovation, and many of the House’s signature motifs. The new line continues the narrative of surprise and delight behind Gucci Lifestyle, launched in September 2021 and inspired by a cabinet of curiosities—a place that could accommodate all of the fine, well-crafted that, while part of everyday life, still give off a magical and wonderful aura.

Zach Zoya - No Love Is Ever Wasted

Listen to Zach on 360 MAG PodcastHERE. Boy wonder Zach Zoya, inked to Universal Music Canada/7ième Ciel, releases his sophomore EP No Love Is Ever Wasted. “The love you put out in the world is never wasted. You’re just staking up on good Karma. It’s a message to me.” – Zach Zoya.

“Untrapped: The Story of Lil Baby” is the chronological narrative of Dominique Armani Jones, a black horse’s right of passage. Re-invents the American dream for the next generation, operate outside the rule of the general public. Lately, director Karam Gill has been christened by Forbes’ 30 Under 30 and indexed by Variety’s 10 Top Documentary Filmmakers to Watch. He has created a psychological yet visual anthology of the socioeconomic fate of a young black man in America. Recalling the days when Jay-Z moved dope in Marcy, this tale hits a hard chord with the less fortunate – making ends meet with whatever means necessary.

The New York Botanical Garden‘s major, institution-wide exhibition Around the Table: Stories of the Foods We Love examines the art and science of foodways and food traditions, many dating back thousands of years. Visitors can explore the rich cultural history of what we eat and learn that – from global dietary staples such as rice, beans, squash, and corn to the regional spice and flavor provided by peppers, greens, and tomatoes – plants are at the base of all culinary customs. The presentation features expansive displays of living edible plants; art and science installations; weekend celebrations; wellness, culinary-themed, and children’s programming; and opportunities to gather at artist-designed tables set throughout NYBG’s 250 acres, bringing to life stories about the featured and other notable edible plants. Around the Table: Stories of the Foods We Love is on view June 4 through September 11, 2022.

‘With flying colors, the most aesthetically gifted electric vehicle of its category.’ – 360. The latest in Lexus’ electrified vehicle lineup was on display at the 2022 Electrify Expo this past June 3-5. The event, which features the newest electric vehicles, bikes, motorcycles and more, was the first time consumers can see the all-new battery electric 2023 Lexus RZ 450e in person alongside the all-new 2022 Lexus NX 450h+.

The highly anticipated collection envisioned by Creative DirectorAlessandro Michelefeatured in a new campaign. For the launch, Alessandro Michele has envisioned a campaign that takes inspiration directly from an archival 1979 adidas catalogue. To animate the concept, a gridded template showcases a variety of moving imagery captured by Carlijn Jacobs. Against brightly colored backdrops, models stretch, run, or dance in place to a soundtrack of pensive phrases such as, “When your thoughts become reality, you understand what magic is.”

Stars from the world of entertainment, sport and music got behind the wheel to celebrate 70 years of dedicated service. Jaguar Land Rover joined Her Majesty the Queen’s Jubilee celebrations, with 26 of its cars featuring in the stunning Platinum Jubilee Pageant on Sunday. British names Luke Evans, Jason Robinson OBE, David Gandy and Jess Hawkins were just a few of the red-carpet attendees who showed their support by getting behind the wheel of the British automaker’s most iconic vehicles.